By Adam McCulloch on 31 Aug 2018 in Retail, Latest News, Mergers and acquisitions, Redundancy 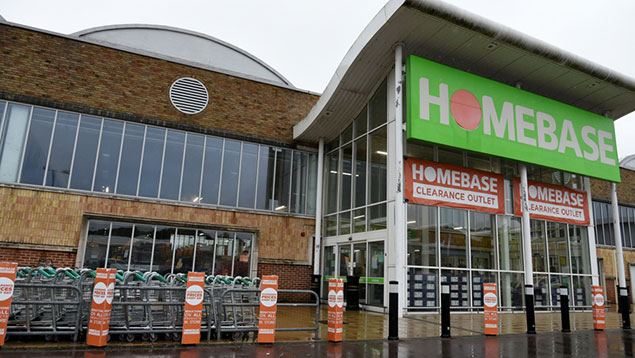 Homebase creditors have voted in favour of a company voluntary agreement (CVA) that will see 42 of its branches closing and the probable loss of around 1,500 jobs.

The DIY chain currently employs 11,000 people at 241 branches. Large stores in key locations such as in Croydon Purley Way, Dundee, Wimbledon and Exeter will be lost.

The deal, which includes an agreement with landlords of a further 70 stores to reduce rents by up to 90%, effectively saves the DIY chain from bankruptcy.

Homebase’s chief executive, Damian McGloughlin, said: “We now have the platform to turn the business around and return to profitability. We can look to the future with great confidence, and we will be working closely with our suppliers to capitalise on the opportunities we see in the home improvement market in the UK and Ireland.”

Sixteen stores had already been cut this year as the retailer attempts to recover from a disastrous few years under the ownership of Australia’s Wesfarmers, who bought the chain in 2016 for £340m and rebranded it as Bunnings. What were perceived as poor marketing and stock decisions led to substantial falls in sales and Wesfarmers took a £770m loss in selling Homebase to turnaround specialist Hilco for just £1 in May.

Usdaw national officer Dave Gill said earlier in August, as the CVA process began and news of the likely closures surfaced: “Clearly there is a huge task ahead, it is crucial that the company listens to the staff and invests in their experience and expertise to turn the business around and again make it a success. This is best achieved through their trade union Usdaw. We are in touch with the company and continue to providing our members with the representation, support and advice they require at these uncertain and difficult times.”

The CVA is the latest in a series of similar rescue deals announced this year by struggling retail and restaurant businesses, including House of Fraser, Carluccio’s, Mothercare, Jamie’s Italian, Prezzo, Byron, New Look and Carpetright.

Usdaw is the fifth largest trade union in the UK with more than 430,000 members who work mostly in retail, transport and distribution.