By Ashleigh Webber on 10 Aug 2018 in Insolvency, Latest News, Mergers and acquisitions 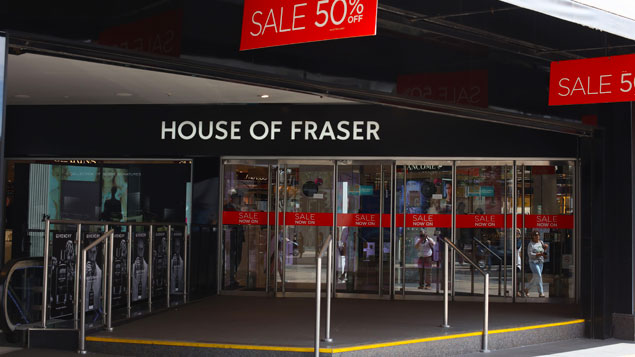 Sports Direct has bought House of Fraser out of administration for £90m.

The sports retailer, owned by billionaire Mike Ashley, bought the business and assets of the struggling department store shortly after administrator Ernst & Young was appointed this morning.

It has held an 11% stake in House of Fraser since 2014 and also owns 30% of rival department store chain Debenhams.

It has not yet been confirmed how the department store chain’s 5,000 staff and the 12,500 people who work in its concessions will be affected.

The 169-year-old department store chain appointed the administrator a week after a separate rescue deal with Hamleys toy store owner C.banner fell through. The deal would have seen House of Fraser receive a £70m investment, but would have resulted in 6,000 job losses.

House of Fraser chief executive Alex Williamson said in a statement to the Luxembourg Stock Exchange this morning: “An acquisition of the business will see House of Fraser regain stability, certainty and financial strength.”

Williamson said that the company identified a number of alternative buyers after the C.banner deal broke down, though none of them have been named.

According to Sky News, Sports Direct wrote to House of Fraser’s management last month, explaining that it was willing to propose a deal with similar terms to the C.banner arrangement.

Frank Slevin, chairman of House of Fraser, said: “This has been an extraordinarily challenging six months in which the business has delivered so many critical elements of the turnaround plan.”

Alan Hudson, joint ddministrator said: “We have worked very closely with management, its advisers and creditors in recent weeks and are pleased that we have been able to successfully conclude a sale of the business in short timescales which preserves as many of the jobs of House of Fraser’s employees as possible.

“We hope that this will give the business the stable financial platform that it requires to flourish in the current retail environment.”