How can schools manage changes to teachers’ pensions?

By Anjali Kothari on 27 Jan 2020 in Education, Latest News, Pensions 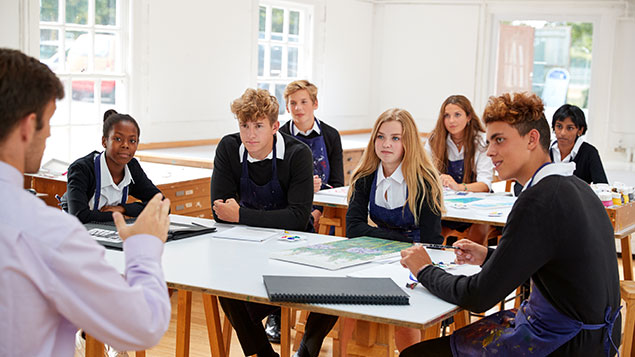 Changes to teachers’ pensions in the private sector are likely to become unmanageable for many schools. What will the changes mean from an HR perspective? Anjali Kothari explains.

The Teachers’ Pensions Scheme (TPS) is about to become unaffordable for more than 100 independent schools with, according to the National Education Union, a negative impact on around 5,000 teachers.

Unlike the state sector, private schools are having to fund an increase in the employers’ contribution from 16.84% to 23.68%. This means that many of these schools will eventually have to give up the TPS.

But fee-paying schools are being cautious and won’t rush to abandon the scheme. They are looking closely at the current remuneration packages and are considering what the alternative looks like.

As a base case most schools are hoping to provide a scheme that matches the 16.48% employers’ contribution plus all the benefits such as death in service – but the scheme will be a defined contribution (DC) scheme and not a defined benefit (DB), or final salary, scheme.

It is likely that a consequence of the next valuation will be that the employer contribution could rise again and unsubstantiated figures of 30% are being bandied around.

Faced with this prospect, the industry expectation is that affected schools will plan to exit the TPS before the next valuation.

Interestingly, from the HR perspective the changes have a positive aspect. Private school employers will be obliged to recognise that there is a disparity between the needs of the younger members of staff and those about to retire.

Away from the education sector, the commercial world has tackled this challenge long ago, whereas schools has been slow to move away from the system of traditional scales and automatic salary uplifts.

Consultations between employers and staff are continuing but some points worth noting include:

Teachers in the private sector who perhaps feel hard done by as a result of the current changes, may argue that they work exceptionally hard and that the benefits of the DB scheme and the very lengthy holidays are justified.

Most working parents might counter that they work just as hard without the equivalent benefits. In the corporate world DB schemes are few and far between, and teachers’ salaries are no longer so low that the DB scheme is necessary to compensate.

What is clear is that much of the independent sector cannot afford to absorb the increase and, equally, cannot pass on the full increase to parents who are already struggling to afford fee increases.

In many cases, a planned withdrawal of teachers from the TPS and into a defined contribution scheme looks like the best solution.

Anjali Kothari is head of education and a partner at Moore Kingston Smith.
View all posts by Anjali Kothari →
Previous Article
Next Article

2 Responses to How can schools manage changes to teachers’ pensions?