How employers can break the re-offending cycle 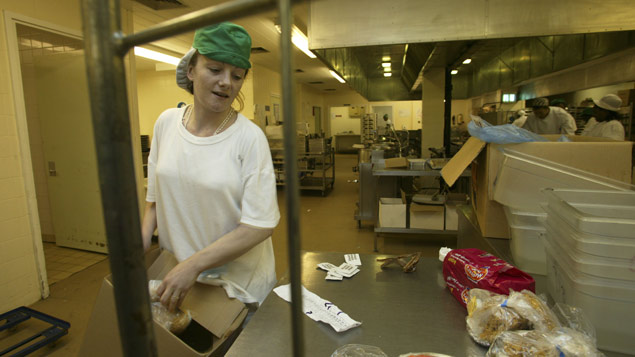 Far fewer ex-offenders re-offend when they have a job/Photo: Photofusion/REX/Shutterstock

Young entrepreneur Jacob Hill has just launched Offploy, which guides businesses through the HR, legal and ethical minefield associated with ex-offender employment. He considers the role that employers can play in rehabilitation and the challenges that need to be overcome to give ex-offenders a second chance.

Unfortunately, that figure shows little sign of falling, given that the prison population rose by 92% between 1993 and 2015, and 46% of adult offenders are currently reconvicted within one year of release.

It doesn’t make for great reading. But the Prison Reform Trust’s report – Prison: the facts – Bromley Briefings Summer 2016 – puts it perfectly: “Facts and figures provide a better basis than opinion for policy and practice change.”

It would be a little extreme to say that the system is at breaking point. But something’s got to give. There have long been talks of the rehabilitation revolution at parliamentary level, and there’s hope that the Prison Reform Summit in September could be the catalyst for much-needed progress. Yet change isn’t happening quickly enough.

That’s not to say some people and organisations aren’t already “doing their bit”.

Marks and Spencer’s programme – Marks & Start – helps get disadvantaged people (including ex-offenders) into work. Founded in 2004, it was reported to have supported 10,000 people by its 10-year milestone.

Sir Richard Branson has also been vocal about ex-offender hiring in recent months, passionate about the need to forgive people of their mistakes and offer them a much-needed second chance. The work that Virgin is doing is incredibly commendable.

So why can’t more employers do the same? The answer is simple – it’s tough. There’s still a great deal of stigma surrounding ex-offender hiring. Some organisations would never consider the idea. Others have the inclination at board level, but find they meet with obstacles from HR or management.

Then there are those who really embrace the notion of ex-offender employment, but fear the impact on existing colleagues.

Each of these scenarios is understandable. A few years ago, I would also have assumed the simplistic viewpoint that “prisoners are bad” – not least because my parents are police officers. And of course, some prisoners are. But first-hand experience of being inside soon opened my eyes and changed my mind.

In 2014, faced with significant debts I couldn’t repay, I made the regretful mistake of selling drugs at a music festival.

It was foolish. It shattered those around me. It changed my life. Despite no prior criminal convictions and a significant level of remorse, I went on to serve 294 days of a 28-month prison sentence. But it was also here that I met some very memorable people.

Some were quite content with life inside, but others desperately sought a way to turn their life around. Yet they struggled to know how. The lack of self-esteem was stark – even if they had qualifications and skills to boast.

Keen to make best use of my time inside, I became a peer adviser with the charity St Giles Trust, offering practical support to help ex-offenders secure accommodation and benefits etc upon their release. Yet the missing link was always a job.

Sixty-one per cent of people with a criminal conviction re-offend within two years of release, if they don’t have a job. If they do, that statistic falls to just 19%.

But according to the Centre for Entrepreneurs, only one-third of ex-offenders succeed in finding formal employment in that time period.

This is a shocking figure, given the recruitment struggles so many organisations are encountering. There are 760,000 vacancies are currently unfilled in the UK, according to the Department for Work and Pensions. Yet still a diverse talent pool – candidates with criminal convictions – lies untapped.

Of course, it would be naïve to think that hiring ex-offenders is straightforward. That’s the very reason I founded my team of experts – to guide employers through the process from start to finish.

It’s estimated that more than 20% of the working population holds a criminal record, so ex-offenders cannot, and should not, be overlooked. Businesses need to start thinking differently.

They can tackle their recruitment challenges, with the help of ex-offenders, and experience the benefits that come with it – some successful strategies achieve retention figures as high as 91% two years later.

They can give back to society too, not just by improving the life of the ex-offenders concerned. It costs £65,000 to imprison someone and a further £40,000 for every year they spend incarcerated, according to Focus Prisoner Education. Even a £15,000 salary, or a voluntary role, will vastly improve the financial burden on the taxpayer.

Many custodial sentences are served by good, honest and skilled people who have made a foolish mistake. But their outlook is bleak. Employers have the potential to help break the cycle.

Jacob Hill is the founder of Offploy, a new venture to encourage ex-offender employment.
View all posts by Jacob Hill →
Previous Article
Next Article