How employers can get the best out of data scientists 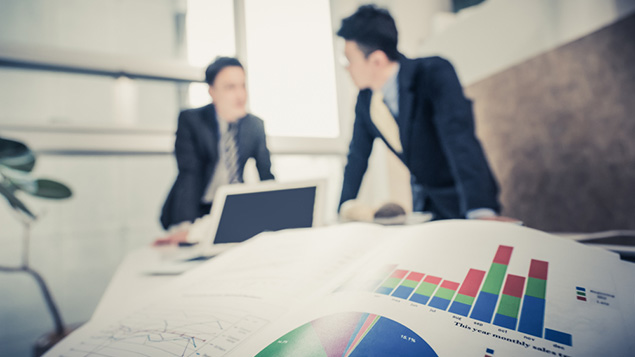 HR is under pressure to attract the best data science talent so they can unlock valuable business insights. But it’s not as straightforward as it seems, as analytics recruitment specialist Kim Nilsson points out.

Seven tips on people analytics HR can count on

In 2012, Harvard Business Review described the role of data scientist as “the sexiest job of the 21st century”, which is quite an accolade for a new discipline with an uncertain career path.

Since then, organisations have been grappling with how to harness the power of this new breed of data expert, often with mixed results.

Monetising their data and getting as much as they can from analytics is now critical for increasingly data-driven organisations in pursuit of new ways of gaining a competitive edge. Unfortunately, making a success of this is proving to be extremely challenging for many organisations, meaning many data analytics initiatives fail to live up to expectations.

Based on the huge amount of data science projects we’ve overseen in the past five years, we believe that it is not the use of data scientists within organisations itself that is causing problems, but the way in which they are deployed.

HR professionals may be keen to recruit a crack team of full-time data science professionals to get the most out of their organisation’s data. But that may not be the answer, and here’s why.

The average salary for a data scientist in London is £45,000, according to Glassdoor. That’s excluding national insurance, pension and other benefits. Someone with five years of experience and a PhD in machine learning is already highly likely to command a high salary and will likely be looking for an uplift in earnings when they move. For many organisations, particularly start-ups or small businesses, this makes hiring the right talent on a full-time basis prohibitively expensive.

In a traditional hiring process, finding the right candidate for a specific role is challenging. When it comes to hiring data scientists it can be almost impossible.

With a huge shortage of qualified data scientists, many hiring managers are already struggling to find any candidates, let alone individuals with both the right skillset and mindset. In a competitive field like data science, strong candidates often receive three or more offers, so recruitment success rates are commonly below 50%. This can make hiring them hugely time intensive.

Getting the right skill set

According to a 2013 CareerBuilder survey, 27% of employers said a bad hire had cost them more than £50,000. Mistakes are costly and, sadly, very common.

Data science as a discipline has not been around for that long, and there are huge disparities between the way data scientists are deployed across organisations. For this reason, job titles don’t always tally, which can make it hugely challenging for recruiters to identify candidates with the right skills.

The level of investment in and responsibilities of the data science team will also vary hugely from organisation to organisation.

Some organisations are yet to appoint a data science team, while some are well on their way to becoming a real-time, data led-organisation. This disparity means that when it comes to hiring data science talent, organisations are likely to be presented with candidates who have variable experiences, contributing to the difficulties many face in appointing the right individual.

Not only is hiring a data scientist a challenge, but retention is a huge issue. McKinsey estimates that we will be facing a shortage of 140,000 to 190,000 data scientists by the end of 2018.

With so many data science jobs out there and so few data scientists to fill them, it is not surprising that specialists in this area respond to demand for their skills. A recent study by Stack Overflow found that machine-learning specialists topped its list of developers who said they were looking for a new job (14.3%), and data scientists were a close second (13.2%).

This means that if you have full-time data scientists on your payroll, making sure they stay with you can be a huge challenge.

Traditional hiring practices are overly focused on individuals. When it comes to data science, recruiters may identify one data science superstar; but one person will only ever be able to achieve so much.

If you do recruit one or even two data scientists to work within your business on a full-time basis, their skill set will have to match the specific areas of focus within your organisation – and these are, naturally, likely to change over time. If their specialism doesn’t match the business need then they may only be able to tackle 10% of the problems the business may have.

After any form of recruitment there will need to be careful, thoughtful management of that resource. There will be an induction process and training, which can take weeks or longer. By outsourcing a team for a specific problem, it removes the hassle of recruiting internally.

Additionally, when that team starts they are put to work immediately on solving problems so often achieve results much faster.

Unlocking the power of an organisation’s data can be completely game-changing. We know first-hand that data analytics is often the “secret sauce” in organisational success. But trying to recruit a data scientist or team by using traditional recruitment methods can cause frustration on both sides.

If you outsource on a project-by-project basis you can make the personnel relevant to the project you are looking to conclude, rather than forcing a project in to match the talents of your existing team members. Using bespoke, outsourced teams of highly skilled data scientists could be the way forward.

Kim Nilsson is co-founder and CEO of Pivigoa hub for data scientists. ,
View all posts by Kim Nilsson →
Previous Article
Next Article