HR continuing to grow in influence and effectiveness 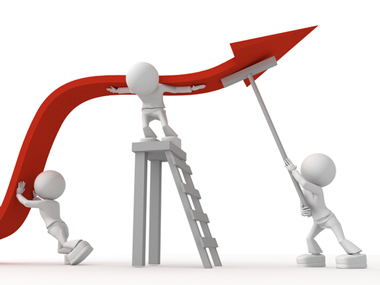 Amid continuing challenges and cost cutting, particularly within the public sector, HR has grown in influence and effectiveness within organisations, according to new research into HR roles and responsibilities.

The 10th annual XpertHR survey on the topic sought responses from HR practitioners, and found that HR has performed well in the recent challenging conditions, with HR teams dealing with different challenges in the public and private sectors.

While the private sector has focused on consolidating changes, and reviewing reward and remuneration packages, the public sector has been almost exclusively focused on cutting costs, jobs and services. Looking towards the next 12 months, both sectors are expected to face similarly contrasting priorities.

However, working in challenging circumstances appears to have brought the best out of the HR function in many organisations, with respondents to the survey feeling that HR has reacted well and performed effectively overall. Seven respondents in 10 (69.2%) rate their HR function’s effectiveness as above average or higher, roughly the same percentage as in 2010.

This continues the largely upward trend that has been demonstrated since the recession. In 2007, the percentage of respondents who rated HR effectiveness as above average or higher stood at 51.6%. In 2008 it was 57.6%, and in 2009 the figure peaked at 72.1%.

HR in private sector services organisations seems to be least satisfied with its performance, with 65.4% of respondents rating effectiveness as above average or higher. This compares with 77.2% in the public sector and 75% in manufacturing and production organisations.

This may be related to the fact that there continue to be higher levels of rationalisation in both these sectors, which have provided the opportunity for HR to be more active on a strategic level, policing and supporting job cuts, redundancies and changes to terms and conditions in order to save costs.

Almost eight respondents in 10 use measures (both informal and formal) to assess the effectiveness of their HR function. These can be seen in the chart below.

The survey also highlighted steady growth in the influence of the HR function within organisations. This year, six respondents in 10 (59.9%) said that they believe the influence of the HR function throughout the organisation has grown over the past two years. Just 3% of respondents felt their influence has decreased. The biggest overall decrease in influence was seen in the public sector, where more than one in 10 (11.4%) said that they believe that HR’s influence has decreased.

Full data and analysis from the survey can be found on XpertHR.