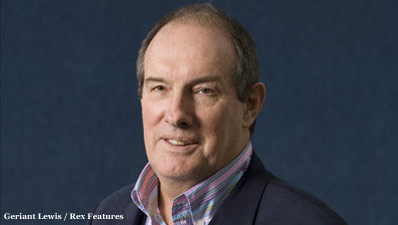 Will Hutton’s review of fair pay in the public sector has proposed that pay should not be capped, but that it should be performance-related with the option for executive pay to be clawed back in the event of underperformance.

The review, published today, follows the Government’s request for Hutton to explore and recommend methods of promoting greater fairness in pay across the public sector.

Despite initial suggestions, Hutton has rejected a cap on public sector pay along the lines of the proposed “20:1” system, which would mean top earners’ salaries equalling no more than 20 times that of the lowest earners.

Hutton rejected this proposal as unfair and unworkable, as it would only affect a small number of high earners. He has instead recommended that pay should be subject to greater transparency, with the multiples of chief executives’ top-to-median salaries published each year.

Outlining his proposals, Hutton said: “There is a wave of criticism over how much top [public sector] executives are paid – part of a wider agenda doubting the efficiency and effectiveness of any public initiative.

Hutton added: “There needs to be a new settlement between the leaders of our public sector and the taxpayer – a recognition that good work deserves good rewards, but, similarly, bad work deserves penalising. And to do all this there has to be a radically new framework in which senior pay is explained and justified. There needs to be a charter for transparency and embrace of performance, challenging the private sector to follow its lead.”

Welcoming the proposals, Chartered Institute of Personnel and Development’s reward advisor Charles Cotton said: “We particularly welcome Will Hutton’s robust recommendations that top public sector pay should be better aligned to an assessment of individual and organisational performance. In the current climate the word ‘bonus’ has become a dirty word, but taxpayers will benefit if variable pay is effectively tied to performance measures that can demonstrably improve the delivery of public services.

“Hutton’s focus on transparency is also welcome. A clear explanation of the rationale behind senior pay is important in helping build confidence among taxpayers that their money is being put to good use.”

Cotton added: “We’re pleased to see no reference in the report to the misleading use of the Prime Minister’s salary as a benchmark for other public sector jobs, and also that the report abandons proposals for an arbitrary pay ratio. We need to move the debate on from how much public sector employees earn to what they actually do for this money.”

XpertHR also has a wealth of information available on pay and benefits topics, including data by sector.

If so, please get in touch so that we can add your organisation’s award to the database we use to produce our XpertHR monthly analysis of pay deals. Adding your organisation’s latest settlement details to our databank entitles you to a complimentary copy of this month’s pay report and the latest annual pay prospects report. The reports provide full sector-by-sector breakdowns of pay settlements across the UK.