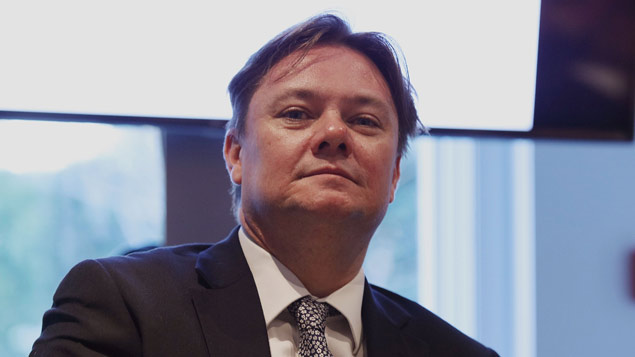 Iain Wright, chair of the BEIS Committee, said the proposals needed a clearer framework in order to succeed
Richard Gardner/REX/Shutterstock

The Government’s flagship industrial strategy, set out in a Green Paper in January, lacks the necessary detail and commitments required for its proposals to succeed, a parliamentary committee has said.

Department for Education to take responsibility for apprenticeships and skills

In a report published today, the Business, Energy and Industrial Strategy (BEIS) Committee singled out skills as one of the areas in which the Government has failed to offer a solid framework for future decision-making.

The Committee claims that the Government’s skills proposals are “deeply disappointing”, with no detailed proposals to encourage uptake of science, technology, engineering and maths (STEM) subjects – an area in which the UK is considered to be falling behind.

It adds that there is too little detail on how the Government will improve the skills of those of working age as automation means job roles change, or how it will build “parity of esteem” between technical and academic training.

The Committee says it strongly supports Lord Heseltine’s comments he submitted in evidence that “industrial strategy starts in primary schools” and advocates “proper coordination in business and education and skills policies”.

When the Government launched its industrial strategy in January, it set out 10 “pillars” of initiatives to improve productivity and competitiveness in the UK, including improvements in career advice and investment in lifelong learning.

Iain Wright MP, chair of the Committee, said: “Theresa May’s stated commitment of an economy that works for everyone and to a more active role for Government in our economy and an industrial strategy is a very welcome development.

“However, an industrial strategy can only begin to help tackle these issues if it recognises that an economy can have a direction of travel, has a vision, and is ambitious, and coordinated right across government.

“As a committee, we are concerned that … the approach seems to be “business as usual” and a silo-based approach in Whitehall which will not achieve the step change the Prime Minister aspires to, and that as a result the industrial strategy will fall short in providing a clear framework for industries and businesses to deliver future success.”

Responding to the findings of the report, Ben Wilmott, head of public policy at the CIPD, said it reinforced “long-held concerns about the lack of lifelong learning and skills development for the working population”.

“The Government recognises the problem, but the Committee report shows there’s been little fresh thinking about the solutions. People need practical help and advice to upgrade and develop transferrable skills, but there’s little sign in the industrial strategy of how they will get it.

“If the Government wishes to create a truly modern, 21st century industrial strategy that can help the UK compete post-Brexit then they must focus more attention on how people can develop transferrable or new skills that will help them to adapt and secure the UK’s status as a global centre of talent.”

In a speech to business leaders this week, CBI director general Carolyn Fairbairn also challenged ministers on how the promises laid out in the strategy will be achieved, saying it “lacked clear actions and milestones”.