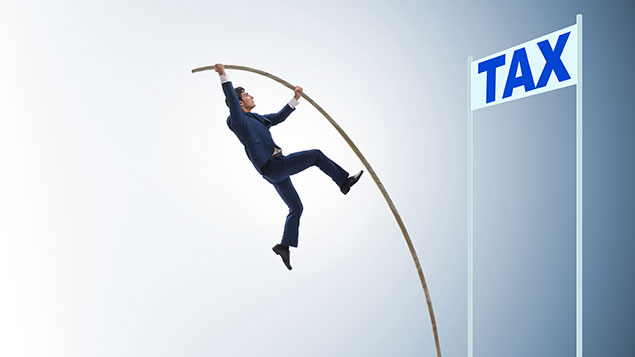 Aspects of the IR35 tax legislation, particularly the tests to determine people’s tax status, have proved unpopular and many are anxious about its roll out for private sector organisations next year. Ranjit Dhindsa and Matthew Sharp of Fieldfisher explain the issues.

After a rocky roll-out among public sector employers in 2017, shifting legal responsibility for determining workers’ tax status and collecting payments on behalf of HMRC to private sector clients offers an important opportunity to improve the compliance process.

When it comes to understanding IR35, the UK’s anti-avoidance tax legislation, the clue certainly isn’t in the name.

Introduced in 1999, the IR35 legislation (also known as the Intermediaries Legislation), became law through the Finance Act in 2000.

The legislation is designed to stop workers from supplying work through intermediaries (usually in the form of limited companies known as personal service companies, or PSCs), in a way that allows them to bypass being designated an employee and reduce the income tax and National Insurance Contributions (NICs) payable on their remuneration.

Labelled “disguised employees” by HMRC, workers who fall within the remit of IR35 are required to pay income tax and NICs as if they were employed.

The legislation used to require the intermediaries providing the worker’s services (usually the PSC) to determine the worker’s status for tax.

In 2015, however, HMRC conceded that IR35 was ineffective and that “non-compliance with the legislation is widespread”, resulting in a 2016 Budget proposal to shift responsibility for tax status determination to the end client, in the hope of improving compliance.

Opting for a staggered approach, this legislative change was first applied just to public sector in 2017.

From April 2020, private sector companies* will be also responsible for determining the IR35 status of people who work for them, but who do not have employment status.

Unveiled as a policy in the UK government’s 2018 Budget, the move came as no surprise to private business, having been rolled out to public sector employers the year before.

But given the well-publicised wrangles between HMRC and employers and subsequent reports of skills shortages in some industries due to changes in the tax status of contractors, many private sector employers have voiced misgivings about IR35.

Here, we examine some of the main concerns expressed by businesses and consider how private sector employers can collaborate constructively with their workers and HMRC to streamline the process of complying with the new rules.

What are businesses worried about?

Many industries and sectors which rely on off-payroll workforces – variously referred to as contractors, consultants, freelancers and flexible workforces – stand to be affected by the new IR35 rules and many have started to seek advice on how to comply.

In particular, employment agencies, media organisations, consultancies, building companies, hospitality businesses, engineering firms, training providers and companies who use international subcontractors, have been among the early movers, but preparation in the private sector as a whole appears to be inconsistent.

Of those who have sought legal advice on IR35, the main areas of interest have been in what the changes to the legislation will be, and what alternatives there are for private sector relationships with individuals who supply off-payroll services.

Others, fearing the worst, are looking at how they can insure themselves against the risk of HMRC fines and litigation, if they are found to be non-compliant.

Generally speaking, businesses are concerned how a change in status may affect their workforce. A common question they ask advisers is, “If I now decide that my contractor is an employee, will HMRC pursue them for past income tax and NICs?”

The answer will depend on the individual circumstances of the worker concerned.

Some large private sector organisations have initiated company-wide projects to map their off-payroll workforce exposure, and the potential costs and legal risks associated with IR35 – exercises which are likely to prove valuable, provided they include careful consideration of what the new rules mean for their underlying contracts.

While the hurdles set by IR35 are the same for every employer across the private sector, some businesses face a more arduous path to compliance than others.

Certain sectors and industries have historically relied more heavily on off-payroll workers than others.

For example, due to its highly specialised and varied nature, the technology sector has seen significant off-payroll working. In terms of the sheer volume of workers whose status they will have to assess, these businesses will have a more laborious journey to becoming compliant.

Under the new IR35 rules, private sector clients have to directly inform the worker what their determination of the worker’s employment status is for tax purposes.”

It is evident that some private sector businesses would prefer their contractors to adopt employment status, rather than maintaining the supply of off-payroll services.

This might increase the client’s cost of using the workers’ services (by incurring holiday and sick pay, pension and NIC liabilities), but would reduce the risk and administrative burden of IR35 compliance.

However, many contractors are reluctant to become employees and lawyers have seen numerous examples, both in the public and private sectors, of disagreements between the way an employer wants to classify someone and the way individual want to be classified.

These tend to be employment law, rather than tax law matters and, if unresolved, can result in costly litigation between parties.

The concept of PSCs was devised by HMRC following the introduction of IR35 in 1999.

There is no clear definition in law of what constitutes a PSC, which can be confusing for individuals.

Put simply, IR35 applies to any limited company in which the worker (or a person connected to him/her) has at least a 5% shareholding. PSCs, which tend to exist to provide the services of a single worker, generally always meet these criteria. More often than not, a PSC will be jointly owned by the worker and their spouse.

Other intermediary structures include partnerships or, in very rare cases, an individual other than the worker providing the services.

Tax and employment lawyers are still evaluating how the new legislation will apply to partnerships and other structures, but there is likely to be little difference.

Among the thornier situations lawyers have been asked to advise on, are those where there are multiple companies in the chain between the client and the worker.

Modern working practices mean that IR35 is not confined to three-section structures (client-intermediary-worker).

It can also apply to circumstances where there are a number of different entities in a chain, such as agencies who match workers with clients and handle the workers’ remuneration.

Under the new IR35 rules, private sector clients have to directly inform the worker what their determination of the worker’s employment status is for tax purposes.

This is where the rules differ slightly from the public sector, where there is no obligation to pass the message directly from the client to the worker.

The secondary obligation, which mimics the public sector, is to pass the message along the chain, so that every entity in the relationship is aware of the decision – which can be tricky when there are several links in the chain.

The reason for the direct message obligation in the private sector is that the experience in the public sector was that the message often failed to reach the worker at the beginning of the chain.

There are a variety of tests available for both employers and workers to determine IR35 status.

The increasingly complicated nature of client-worker relationships, and the kinds of services workers perform, mean that these tests are not applicable to every situation, and the confusion created by the outcomes of these tests has prompted many to reach out for professional assistance. 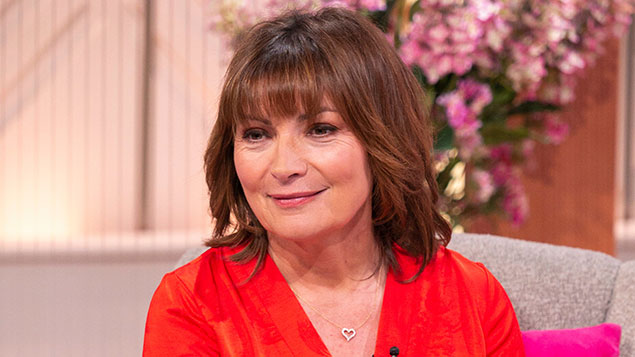 HMRC has produced its own online test, called Check Employment Status for Tax (CEST), which gives an automated determination. HMRC will stand by that decision, provided it agrees with how the person taking the test has answered the questions.

It is safe to say the response to CEST from both the private and public sector business communities has been on the whole negative, with many disagreeing with the determinations given by the tool.

Just to add to the confusion, the results coming from the courts on status disputes are, in many circumstances, completely different to the results given by CEST.

In a dispute with HMRC, the revenue may review the processes an employer or worker has used for determination, including whether or not they have used the CEST tool.

How to prepare for IR35

Although the prospect of complying with IR35 may seem daunting for many, private sector businesses can take comfort from the fact that the public sector has come through the process – if not unscathed, then at least with some useful lessons that others can learn from.

It should also be noted that the latest incarnation of IR35 has just concluded its consultation phase, so there is hope that feedback from industry will improve the clarity of the rules and potentially simplify the compliance procedure.

The preparation stage is a good time for clients and their workers to engage in open conversations about their IR35 status.

This can involve looking at the questions asked by HMRC’s CEST tool and using them as a starting point for these discussions.

This gives companies and workers a chance to smooth out any differences in opinion about the worker’s status, before involving HMRC.

It seems likely that there will be some cases where clients and workers disagree over determination and, regrettably, the government is resisting a statutory framework to deal with such disputes, so clients should be aware of this risk and potentially seek legal advice on how to manage it.

One factor that became evident from multiple entity chains that exist between client and worker in the public sector is that sharing information quickly and transparently across the chain is essential.

This means that whichever section of the chain is approached by HMRC for information about an individual’s tax status, that entity should have accurate information to report to the revenue.

Contractual overlay is an imperative to make sure that information is shared adequately.

Anecdotal evidence suggests that awareness of IR35 among private sector employers is reasonable, but not universal.

Of those who are aware of the changes and their possible implications, some view it as simply a compliance exercise, while others are taking the opportunity to review their workforces and introduce changes into their contractual structures.

Many are realising that standard contracts for off-payroll services providers will not be enough to protect them from legal risks associated with IR35 and are talking to employment lawyers about how to bolster their positions with respect to HMRC.

What seems clear is that complying with IR35 represents a major undertaking for private sector employers with large off-payroll workforces, but that the challenge is not an insurmountable one.

For more information on Fieldfisher’s IR35 guidance and its employment and tax expertise, please visit the Fieldfisher website.

About Ranjit Dhindsa and Matthew Sharp

4 Responses to IR35: Will the private sector learn the hard way?