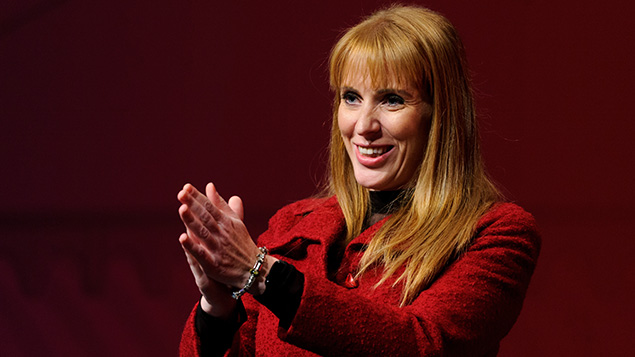 The Labour Party has announced that it would shake up how schools recruit supply teachers, claiming it would save them over half a billion pounds.

Shadow education secretary Angela Rayner outlined plans for a new national Substitute Teacher Register, which would allow schools to book the teachers they need at short notice from an accredited government list. A similar system already exists in Northern Ireland.

Speaking at the Labour Party Conference in Liverpool, Rayner said the cost of hiring supply teachers was costing schools more than £556 million in recruitment agency fees – around £25,000 for every school in England. A list of accredited local teachers would eliminate the need for schools to pay agencies to find staff, she said.

Labour also floated the idea of setting up a state teacher supply agency to compete against existing agencies, and called for an examination into whether supply teacher fees should be regulated to avoid spiralling costs, which have risen around 20% in the last five years.

Schools are increasingly reliant on supply teachers as they fail to attract and retain sufficient numbers of teachers. Teacher training applications went down by a third last year, while teachers leave the profession in rising numbers.

A report by the Public Accounts Committee earlier this year found the Department for Education’s approach to attracting and retaining teachers was “sluggish and incoherent”, risking a future crisis in teacher recruitment.

Rayner said: “At a time when our schools have to ask parents to give extra money for books and classroom essentials, it’s crazy we’re spending half a billion pounds a year just on agency fees.

“That money should be spent on teachers and the badly needed resources our children need to get a world class education, and under a Labour government it would.

“Our straightforward, simple and proven policy will save hundreds of millions of pounds a year and help schools find the talented teachers they need. While the Tories obsess over damaging and unnecessary changes to the education system, Labour will keep on producing sensible policies that will save our schools money and give our kids a better education.”

In June, education secretary Damian Hinds announced the launch of a free website to advertise school vacancies in a “clampdown on agencies charging schools excessive fees to recruit staff”, but this is yet to be fully launched.

Responding to the announcement, Tom Hadley, director of policy at the Recruitment and Employment Confederation, said that supply agencies “provide a crucial 24-hour service to schools”.

“With the education sector facing a major recruitment crisis, the focus should be on working with recruitment professionals rather than marginalising their contributions. We would like to work with policy makers, including the shadow education secretary, to recognise this,” he said.

“Certainly costs must be controlled and a new framework contract has only just been launched with over 100 agencies signed up. The idea that not using agencies at all would save significant amounts of money is misguided as there would be huge costs in establishing new structures and paying staff to try and replicate the expertise and 24/7 service that recruiters provide.”