Generation Z want to work in a ‘fun’ environment

By Ashleigh Webber on 25 Sep 2018 in Latest News, Recruitment of young people, Retention of staff, Physical environment, Relationships at work 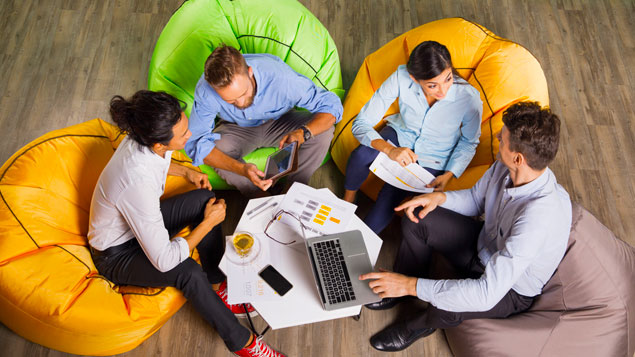 Two-thirds (65%) of Generation Z employees – those aged 18-24 – look for a “fun” working environment when assessing whether an organisation’s culture is right for them.

According to a survey of 400 employees by office design company Peldon Rose, Generation Z want a well-designed office environment with varied workspaces, including social and quieter areas.

How to tailor benefits to a multi-generational workforce

Eight in 10 said office design was important to them, compared with 76% of employees nationally. Sixty-eight per cent also expected to have a say in the way their office was designed in the event of a refurbishment.

Fifty-seven per cent said they would work best in an environment with break-out areas and quiet spaces, compared with a quarter of all employees. They were also more likely to value social and communal spaces (81%), versus 64% of employees nationally.

Although Generation Z are due to surpass Millennials (those aged 25-34) as the largest generation by 2020, Peldon Rose chief executive Jitesh Patel warned against prioritising the needs of one generation over another when adapting to employees’ preferred working styles.

“Those businesses that can cater to the needs of each generation will be most successive in boosting productivity and recruiting and retaining the best and brightest from each cohort,” he said.

“As Generation Z enters the workforce, it is clear that for this demographic the line between work and play is narrowing. As the generation least likely to own their own homes, they are also seeking home comforts in the office environment.

“They are looking for a well-designed office that is fun, social and helps support their mental health and wellbeing.”

Mental health and wellbeing support was valued the most by Generation Z. Seventy-six percent agreed it was important for their employer to promote their mental wellbeing, compared with 72% of workers across all generations.

They were also more likely to value diversity across their organisation (38% compared with 31% of all employees) and supporting future generations (49% compared with 33%).

Generation Z were just as likely to describe themselves as “quiet and head down” (46%) as they were “outgoing and sociable” (also 46%).