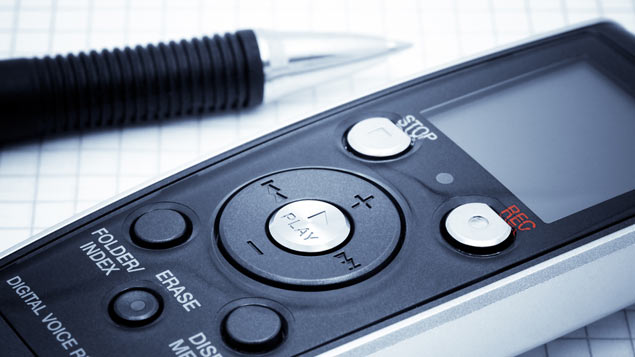 An employment tribunal threw out four claimants’ cases and ordered them to pay a total of £69,484 in costs after an NHS trust’s chief executive and lawyers were sent a secret recording of a privileged conversation.

Costs order after NHS trust was sent covert recording of meeting with lawyers
In Zia and others v Brighton University Hospitals NHS Foundation Trust, an employment tribunal struck out four claimants’ cases and ordered them to pay £17,371 each in costs.

“The claimants in this case violated the principle of legal professional privilege and that violation is incapable of remedy…If the tribunal were in some way to…water down the protection of legal privilege, it would undermine the basic common law and Convention rights which are at the heart of our legal system.”

“We conclude that the claimants secured an advantage by covertly recording privileged communications and then sought to use those recordings to gain an advantage in the legal proceedings.”

During the case, the NHS trust’s chief executive and lawyers received an anonymous recording and transcript of a meeting with its lawyers before the case began.

The recording and transcript were of a discussion that took place between the trust and its lawyers directly after a without prejudice meeting with the claimants.

The claimants and their counsel had left the room, but it was clear from the recording that someone had started the recording shortly before the without prejudice meeting ended.

The NHS trust applied to the employment tribunal to have the four claimants’ cases struck out.

The employment tribunal accepted that the claimants were responsible for leaving the recording device in the room before they left the meeting, and that a fair hearing was no longer possible.

The tribunal also concluded that the claimants sent the recording to the NHS trust to “place pressure on the respondent to settle the case”.

The tribunal accepted that the information obtained through the recording was legally privileged and confidential information.

The employment tribunal struck out the four claimants’ cases.

The tribunal noted that it is very rare to see a case in which privileged material has been obtained covertly and is used to secure an advantage in litigation.

The employment tribunal awarded costs to the NHS trust. The claimants were ordered to pay £17,371 each. The tribunal made them jointly liable for the total costs of £69,484.

Met Police Deputy Assistant Commissioner loses towel tribunal
A senior Met Police officer has lost a sex discrimination case sparked after a male colleague was seen in a corridor wearing only a towel, reports the BBC.

Taylor-Mills: “I went bust paying minimum wage on fringe”
Producer Paul Taylor-Mills has told The Stage that he was forced to wind up his production company after being financially crippled by a duty to pay actors properly on the fringe.