How to get it right in the generation game 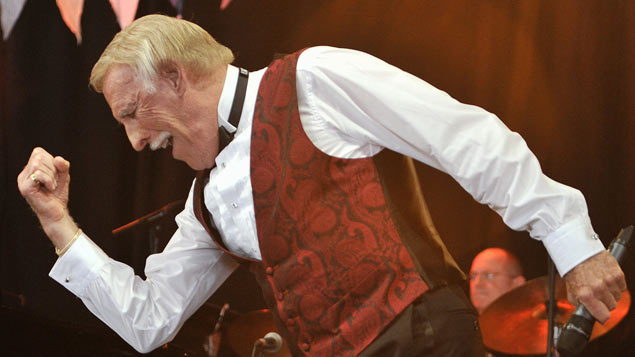 Is it "Nice to see you...to see you nice" for older workers? Photo: Bruce Adams/Associated Newspapers/REX/Shutterstock

Managers are too busy making generalisations to tap into the potential of older workers, according to a new policy paper from conciliation service Acas. Adrian Wakeling sets out the issues.

Those of you old enough to remember TV show The Generation Game will recall that those contestants who made it through to the final usually walked away with a toaster, a cuddly toy and some gardening tools.

On the show, members of the same family, but different generations, competed together against other families.

In my new policy paper for Acas, Older workers and the generalisation game, the prizes are not as good and the game management not quite as slick as it was under Bruce Forsyth.

The “generalisation game” in this case is the stereotyping that seems widespread in many workplaces about the merits or otherwise of different age groups.

Unlike in the family entertainment show from the 1970s, many workplaces appear to have generations working at cross purposes rather than as one team, with employers particularly unsure how to manage older workers.

The paper is based upon recently published research commissioned for Acas by the University of Leicester.

The headline message will not surprise anyone: older workers are extremely valuable to the economy.

Figures from the International Longevity Centre estimate that if the employment rate for older workers matched that of the 30 to 40 age group, the net gain could be as much as £88.4 billion.

I believe that there are three critical HR issues that need to be addressed if we are to tap into this huge potential.

It is hardly surprising that the mantra coming from the Government has been to “retain, retrain and recruit” older workers.

But the first two of these rely quite heavily on effective performance management, and this can be a real issue for older workers.

Figures from the CIPD show that 44% of older workers had not had an appraisal in the last two years (compared with 27% for employees overall).

Many managers simply assume that older workers are winding down and are less interested in personal development than younger workers. All too often, older workers take their place in a mental queue marked “heading for the door”.

Although research from Smeaton and White shows that many older workers have “experienced a less satisfactory work situation than they would have been led to expect from conditions in their earlier careers”, we know that they are often under a lot of financial pressure to stay in work for longer.

Line managers are often quite simply scared (or lacking the confidence) to have grown-up conversations with older workers about what they want and their future plans.

In the absence of these conversations, generalisations flourish.

Maybe it’s not such a generalisation to say that people of different generations with different experiences and life situations may have specific employment needs.

This should, theoretically, leave the door open for more creative job design. But what’s happening?

Jobs are often redesigned rather crudely using only two elements: the right to request flexible working (open to all employees) and the right to have reasonable adjustments to help you stay in or return to work (if you have a disability).

Not enough attention is being paid to job content and task discretion, or the role of mentoring and coaching.

It might be good to see much wider take-up of the “mid-life career reviews” that were piloted by the Department for Business, Innovation and Skills and overseen by TUC Union Learn between 2013 and 2015.

The project resulted in very positive outcomes, with managers and employees appreciating the more open dialogue.

Even if managers have decided that an older worker is probably looking to wind down and retire, there is still a moment of truth: they can’t hang around in the foyer forever. Ending the relationship with dignity is critical.

The celebrities Chris Martin and Gwyneth Paltrow used the term “conscious uncoupling” to describe the amicable ending of their long-term relationship.

But just how good are managers at what psychotherapist and author Katherine Woodward Thomas has described as the “art of completion”?

The abolition of the default retirement age was widely welcomed as a progressive measure. It gave people the opportunity to make up their own minds about how long they worked.

Unfortunately, it may have created a conversation vacuum, with managers unclear of the rights of older workers and fearful of discriminating against them.

The Acas research report concludes that “the route into retirement has … become a prolonged, messy and diverse process.” So what’s to be done?

Here are some tips:

Let’s make sure that being at work is a positive experience for everyone, whatever age they are.

Adrian is a senior policy advisor at Acas.
View all posts by Adrian Wakeling →
Previous Article
Next Article