Lawyer found dead had been suspended for sexual misconduct

By Jo Faragher on 11 Oct 2019 in Sexual harassment, Latest News, Discipline and grievances 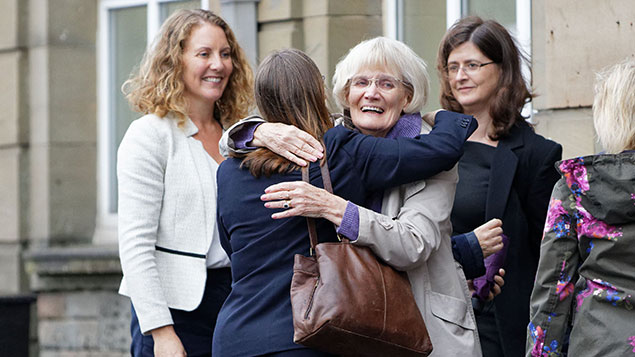 A partner at a law firm who was found dead at the foot of cliffs in the Vale of Glamorgan had been suspended for alleged inappropriate sexual conduct, an inquest has heard.

Geraint Thomas worked for Eversheds Sutherland, giving advice to businesses preparing for Brexit. A number of people had raised complaints about his behaviour at two work parties.

Duty of care and the employee accused of wrongdoing

The inquest heard that Eversheds’ international HR director Lorraine Kilborn had informed him he had been suspended pending further investigation hours before his body was found. Kilborn said that Thomas had been “polite and calm” as he was told the news, and simply said “OK, I’ll collect my things and go.”

His wife, Rebecca Thomas, said she believed the information shared during the meeting was “fundamental” to him being found dead on a beach the following morning. She said that before the meeting he was “the happiest and least stressed” she had seen him and was looking forward to a trip to celebrate Christmas in Australia.

He left for work on Monday morning but when he failed to return home, she reported him missing. She told the inquest: “I was not party to the information at the HR meeting he’d attended at work that day. I’ve no doubt what was said at that meeting was fundamental to Geraint’s change in state of mind and subsequent actions later that day.”

Coroner Graeme Hughes recorded a narrative verdict, saying he could not be satisfied that Thomas intended to take his own life.

He said: “The deceased died as a consequence of catastrophic injuries sustained following a descent from cliffs.

“The circumstances of how he travelled from the top of the cliffs to its foot cannot be sufficiently determined on the available evidence.”