Legal opinion: Is it gross misconduct to set up in competition to your employer? 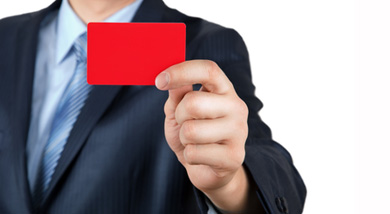 As the private sector continues to battle Britain’s economic woes and jobs are shed on a weekly basis, a growing number of employees – often those whose jobs are on the line – are looking to set up on their own. For businesses that employ staff with an entrepreneurial spirit, the fact that they could be nurturing future competition among their own ranks is a very real concern. Solicitor Emma Hammond looks at a recent case highlighting how employers should deal with employees who plan to set up a competing business.

When a plan by senior employees to launch a competing venture is discovered, employers can be forgiven for dishing out immediate marching orders. However, the recent case of Khan & Anor v Landsker Child Care Ltd has highlighted that any dismissal based on misuse of confidential information is rife with complexity. It is a situation that calls for calm and clarity – not “heat of the moment” decisions.

Landsker Child Care operates five care homes for children in South Wales. Mr Khan and Mr Hemming had been employed since 2003 and 2002 respectively and had both recently been promoted to manager. By chance, a business plan was discovered in Hemming’s email inbox that set out his and Khan’s joint intention to set up a competing care home under the name of Genus Care Ltd.

After initially denying all knowledge of their “Genus” plan, Hemming and Khan eventually acknowledged it but stated firmly that it was simply a paper exercise not to be taken seriously. The employer found that the use of the company’s resources to plan a competing business venture was a breach of fundamental trust and confidence and dismissed them for gross misconduct.

When Landsker dismissed Khan and Hemming, it did not do so in reliance of any specific terms in their employment contracts. The pair immediately appealed, but to no avail, and so they made a claim to the employment tribunal for unfair dismissal.

Landsker won; favoured by the judge on the basis that it genuinely believed the actions of two of its senior employees amounted to gross misconduct. Khan and Hemming had been given an opportunity to explain the business plan that, according to the tribunal, was sufficient in terms of carrying out an investigation.

Was it gross misconduct?

It seems, however, that the employment tribunal had failed to address additional issues of law and focused simply on the facts of the case. A case from 1986, namely that of Laughton and Anor v Bapp Industrial Supplies Ltd, had established that an intention to set up in competition with an employer does not in itself amount to gross misconduct. An employer will need to be able to show that a member of staff has abused their position and misappropriated confidential information. Since there was no evidence to prove that Khan and Hemming had breached their employment contracts, let alone carried out an act or acts of gross misconduct, it was potentially Landsker that was in the wrong for dismissing the pair.

Ultimately, the Employment Appeal Tribunal upheld the appeal, referring the case back to the tribunal to reassess in light of the Laughton case.

This case is a timely reminder to employers to ensure that any allegations of misconduct are thoroughly investigated – which is well established to be the firm foundation of any fair disciplinary decision. Whether or not dismissing Khan and Hemming seemed the only obvious route to take for most employers, the lack of a detailed investigation and any proper identification of the exact misconduct alleged to be committed, left Landsker at the mercy of the Laughton decision.