By Laura Chamberlain on 24 Aug 2012 in Recruitment & retention, Flexible working 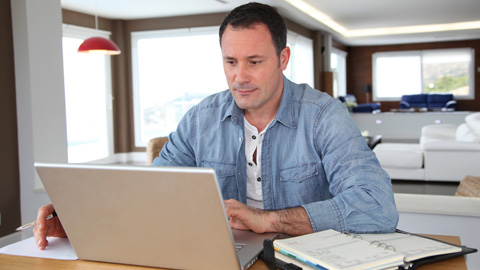 Two-fifths (43%) of organisations that tried out flexible working schemes during the Olympics, such as allowing staff to work from home or altering hours, say that they are likely to continue operating such schemes now the Games have ended, research has found.

Overall, nearly one organisation in five (18%) trialled new ways of working during London 2012, according to a survey by the Institute of Leadership Management (ILM).

It also found that three-quarters (76%) of managers surveyed after the Olympics disagreed with a comment made by the Mayor of London Boris Johnson before the Games that home working would be a “skiver’s paradise”.

The survey of 1,056 ILM members found that two-thirds (65%) thought that the Olympics were less disruptive than expected, with 48% reporting that the Games had made no impact on their organisation.

In fact, many employers said that the Olympics had a positive effect on the workforce, with almost half (48%) believing that it had boosted office morale. This may have been due to a similar number (41%) of organisations allowing staff to watch the Olympics in the workplace.

In addition, 37% of managers reported that workers were more productive during the Games and 67% said the workplace had bonded over the shared experience.

However, despite concerns leading up to London 2012 about the impact it might have on businesses, 43% of managers reported that their senior management had not sent out communication about working practices during the Olympics to the workforce.

Charles Elvin, chief executive of the ILM, commented: “It is encouraging to find that businesses took the opportunity to trial flexible working practices and those that did found it far from being a ‘skiver’s paradise’; their people were productive and motivated.

“We hope that organisations continue to offer more flexible working, which, when properly managed, is a powerful motivator and helps to attract and retain talent.”

He added that businesses that have not yet trialled flexible working will have another opportunity to do so when the Paralympics begin next week.