Should overtime be included when calculating holiday pay? 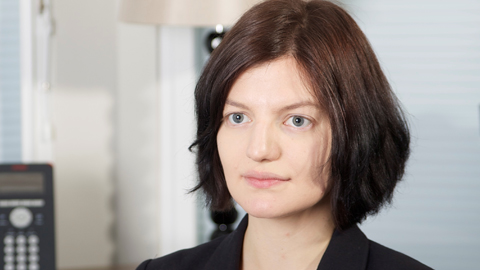 How should businesses be calculating holiday pay? Isn’t it a simple matter of paying basic salary? A recent tribunal decision, which held that holiday pay must include payment for overtime (compulsory or voluntary) as well as salary, suggests not. Alex Mizzi of HowardKennedyFsi, pictured above, examines the implications.

Of all the employment law issues businesses have to wrestle with, one might think that holiday pay would be a relatively straightforward matter. However, over the past few years this area has become increasingly complex, particularly the interaction between holiday and sick pay. The recent employment tribunal decision in Neal v Freightliner Ltd creates further headaches – and, potentially, a steep bill – for employers.

In this case, the tribunal held that EU law requires that a worker’s holiday pay should be calculated not only on the basis of their salary, but should also include any element of remuneration “intrinsically linked” to the tasks required under the worker’s contract, including overtime – even where overtime was neither guaranteed nor compulsory. The idea is that holiday pay should represent what the worker would have received had they been at work – so if they regularly carry out overtime or receive unsocial hours premiums, those additional payments need to be factored in.

This could have major implications for employers in industries where paid overtime is the norm – such as retail and leisure. Not only does this potentially increase the costs of holiday pay considerably, it also exposes employers to the risk of claims for unlawful deductions from wages.

Many businesses are now reviewing their holiday pay arrangements. One high-profile example is John Lewis, which is currently paying out a total of £40 million to staff in back-dated payments – although it is not confirmed whether or not this was prompted by Neal.

Before employers panic, it is worth noting that the Neal decision is being appealed by the employer and may ultimately go to the Supreme Court. The most prudent cause of action at this stage is probably to await the final outcome before implementing any major changes to the business’s holiday pay structure. It is possible that the courts may restrict the scope of the decision or give more detailed guidance as to how holiday pay should be calculated.

However, given that the decision is consistent with an earlier Supreme Court decision (British Airways plc v Williams) involving pilots’ holiday pay – which is governed by aviation-specific legislation very similar to the Working Time Regulations – it seems likely that the substance of the decision will be upheld.

As a result, businesses may want to focus their immediate attention on:

Preparing for claims and assessing liability

It seems fairly likely that the case – and the publicity over the John Lewis payments – will prompt claims. Businesses can hope that the introduction of fees in the employment tribunal will discourage individual claimants, particularly where small sums are in issue. However, the fees per person are lower for multi-party claims, which may lead employees to band together to bring claims. We also expect that trade unions will encourage members to bring claims.

Defending such claims is likely to be complex and time-consuming – particularly where the claims go back several years. It also involves significant cost, both in lost management time and legal fees, which generally cannot be recovered where claims are brought in the employment tribunal. Businesses would be well advised to invest time now in piecing together the information needed to calculate their potential liability. Businesses should start by looking at their payroll, overtime and holiday records and determining how accurate these are – particularly historical records. Putting this information together now may mean that businesses can calculate what may be owed to each worker who would be able to make a claim.

Businesses should also bear in mind that the decision affects holiday pay for only the four weeks’ annual leave guaranteed under EU law. The additional 1.6 weeks granted in UK law need not include any overtime and can be calculated simply on basic salary.

While employers should tread carefully and seek specialist advice on the issue, one piece of good news is that the liability is not open-ended. In most cases, tribunal claims must be brought within three months of the most recent underpayment. This means that, in practice, only current workers and recent leavers would be able to make a claim. However, the bad news for employers is that workers who are in time to bring claims will be able to backdate their claims to 1998, or the start of their employment, if this is later.

Preparing for the future

While the Neal case is appealed, businesses should spend some time preparing themselves for the practical implications of changing their holiday pay arrangements, if they are ultimately advised to do so. For example, they should:

The key advice for employers at this stage is not to take hasty decisions, but to invest some time in planning and preparation, keep a close eye on the Neal case and, if they receive a claim for holiday pay, be aware of the ramifications.

Alex Mizzi is an associate at HowardKennedyFsi