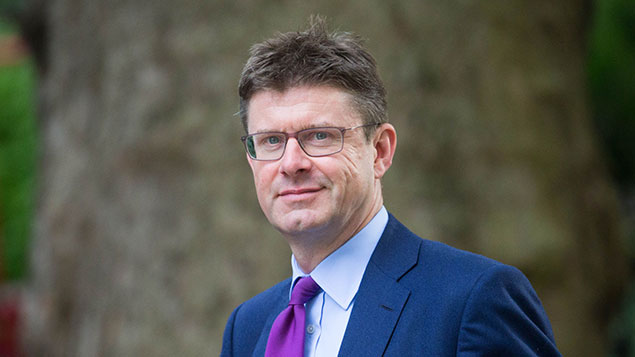 All listed companies will have to publish the pay ratio between bosses and workers, under new corporate governance reforms being announced today.

The new laws, due to come into effect by June 2018, will force around 900 publicly listed companies to reveal and “justify” the difference between how much top executives are paid compared with the average pay of their UK workforce.

They will also have to publish a narrative explaining changes to the pay ratio from year to year and to set the ratio into context of pay and conditions across the workforce.

Under the new regime, any listed companies where there has been significant shareholder opposition to executive pay will also have their names published in a public register, to be set up this autumn.

This weekend, Prime Minister Theresa May used a newspaper article to attack excessive executive pay, calling it the “unacceptable face of capitalism”.

During her party leadership campaign last summer, May hinted at plans to put workers on boards as part of her drive to improve corporate governance.

Under this new package of corporate governance reform, the Government will ask the Financial Reporting Council to introduce a new requirement in its UK Corporate Governance Code that ensures employees’ interests are better represented at board level.

Firms will have to either assign a non-executive director to represent employees, create an employee advisory council or nominate a director from the workforce.

The Department for Business, Energy and Industrial Strategy has billed the changes as a “world-leading package of corporate governance reforms”.

Business secretary Greg Clark said: “One of Britain’s biggest assets in competing in the global economy is our deserved reputation for being a dependable and confident place in which to do business.

“Our legal system, our framework of company law and our standards of corporate governance have long been admired around the world.

“We have maintained such a reputation by keeping our corporate governance framework under review. Today’s reforms will build on our strong reputation and ensure our largest companies are more transparent and accountable to their employees and shareholders.”

But the TUC called the reforms “feeble”. General secretary Frances O’Grady said: “This is a far cry from Theresa May’s promise to crackdown on corporate excess. It’s a feeble proposal, spelling business as usual for board rooms across Britain.

“The Prime Minister’s pledge to put workers on company boards has been watered down beyond all recognition. This now amounts to little more than a box-ticking exercise.

“Firms will rightly have to publish the pay gap between bosses and ordinary workers, but we are concerned that the government’s calculations will take the focus off the lowest-paid.”

The TUC would like companies over a certain size to have worker directors elected by all staff, as is the case in countries such as Germany and Sweden.

President of the CBI Paul Drechsler said the pay ratios would need to provide “meaningful context”.

“The CBI is very clear that the unacceptable behaviour of a few firms does not reflect the high standards and responsible behaviour of the vast majority of companies,” he added.

On worker representation, he said: “As the CBI has long advocated, firms will welcome the flexibility to determine which model works best for them when incorporating employees’ views. Fostering good employee relations is vital to successful business and critical to improving the perception of business, as our research has shown.”

“The overblown rhetoric from Theresa May is completely at odds with the weakness of the new rules,” he said.

The Financial Reporting Council will work with business to develop a voluntary set of corporate governance principles for large private companies, the Government added.

Stefan Stern, director of the High Pay Centre think-tank, said the reforms would lead to a “more constructive and thoughtful conversation on executive pay”.

“This is a step in the right direction, providing greater transparency and focusing the public’s attention on those companies who ignore the concerns of their shareholders,” he said.