Theresa May backs off plans for workers on boards

By Jo Faragher on 21 Nov 2016 in Corporate governance, Works councils 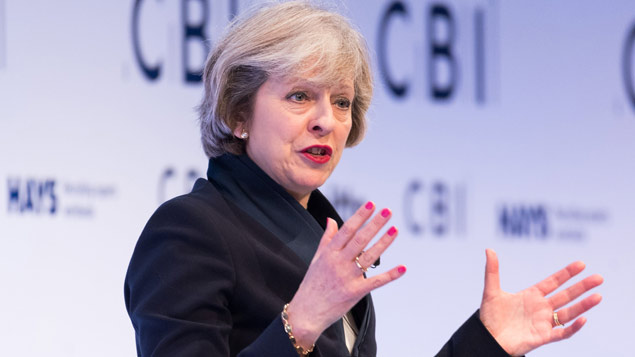 Theresa May has backtracked on a pledge to include worker representatives on boards, announcing that this will not be a compulsory requirement for employers.

The Prime Minister told the CBI’s annual conference that there were “other routes” within existing board structures to ensure workers’ voices were heard at the top of organisations.

She said: “This is not about mandating works councils, or the direct appointment of workers or trade union representatives on boards.

“It will be a question of finding a model that works.”

May announced her plans to put workers on boards as part of her Tory leadership campaign in July, in a wider pledge to improve corporate governance and make businesses more accountable.

At the time, she said companies should have “not just consumers represented on company boards, but workers as well”.

May repeated the pledge at the Conservative party conference in October, saying plans would be published later this year for worker representation on boards.

When questioned on her change of direction on the matter, the Prime Minister said she still wanted some representation of workers on boards, but that “there are a number of ways in which that can be achieved”.

She added that plans would be set out at the end of the year.

TUC general secretary Frances O’Grady said: “Theresa May made a clear promise to have workers represented on company boards. The proposals in her speech do not deliver on this.

“This is not the way to show that you want to govern for ordinary working people.”

Mathew Lawrence, a research fellow for think tank IPPR, said: “Any decision to row back on workers on boards would be a step in the wrong direction. Worker representation on boards isn’t a radical move.

“Among our more productive, investment-rich European competitors it is commonplace. The aim of corporate governance reform, after all, must be to address the UK’s core economic weaknesses on productivity, investment and fair growth.”

“On employee engagement, different approaches will work for different businesses but a starting point is firms being able to outline and explain what approach they are taking – whether that’s employees on boards, employee committees, dedicated representatives, or other models that genuinely address the issue,” she said.

May’s speech to the CBI comes two days ahead of the Autumn Statement. She has already hinted that it will include a number of business friendly measures, including £2 billion in investment for science and research, and a cut in corporation tax.