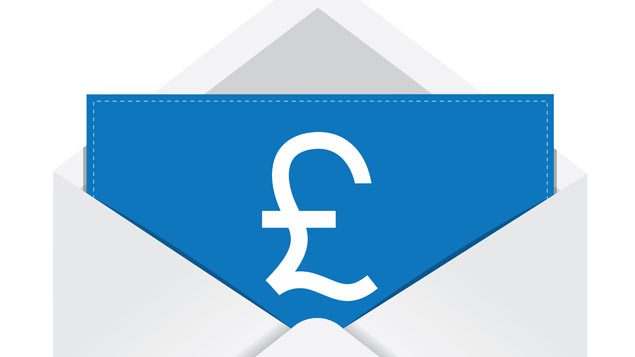 Yesterday it was confirmed that British Gas lost its appeal in its long-running case against one of its sales staff, Mr Lock, over whether he was entitled to commission as part of his holiday pay.

The case centred on whether Mr Lock was put at a disadvantage when he took annual leave, as he would only receive basic pay during this time. Commission formed a significant and regular part of his wages, so taking holiday meant his take-home salary would be much lower at these times.

Holiday pay: working time legislation can be interpreted to include commission

An initial tribunal referred the case to the European Court of Justice, which recommended commission be taken into account when calculating holiday pay. British Gas appealed this decision, which has now been rejected.

British Gas has asked for permission to appeal to the Court of Appeal, and according to Chris Tutton, partner at Irwin Mitchell, this is likely to be granted. However, it is unlikely any hearing will take place before next year.

If the application for appeal is unsuccessful, the case goes back to the employment tribunal to determine the level of compensation Mr Lock will receive.

Below, we round up what employment law specialists had to say on this latest chapter in the holiday pay saga.

“It seems likely given the arguments submitted by British Gas that the Court of Appeal will be asked to reconsider the decision reached by the EAT in Bear Scotland and it is possible that it could overrule it. If that happens, it will have an impact on all holiday pay cases, and not just those concerned with results-based commission payments.”

“This ruling is highly significant for companies that operate commission schemes, as the inclusion of commission payments in holiday remuneration is a reminder to not deter staff from taking holidays for fear of losing out financially. It represents an increased commitment to the health, safety and wellbeing of staff, when balanced with business needs.

“Employers who have ignored the situation or were awaiting the outcome will be under more pressure to actually acknowledge the issue and deal with it properly.

“Some employers have already anticipated this outcome and begun to negotiate with individual employees and trade unions about future holiday pay arrangements. Irrespective of this outcome however, employers should be mindful not to overlook these arrangements and adhere to what was agreed.

“What is now essential for employers still to address this issue is much-needed guidance from the Government on how to actually calculate holiday pay. This will help set vital parameters for businesses and ensure they comply with best practice.”

“This case is the latest in a string of cases interpreting the EU Working Time Directive on paid holiday entitlement and in particular about how holiday pay should be calculated.

“The ruling seems to confirm previous cases, which said that holiday pay should include additional elements that are regularly received by workers and that UK law can be interpreted in this way. Employers who have not already taken advice on how they pay holiday pay should do so now.”

“Today’s decision looked only at the question as to whether the UK legislation on holiday pay – the Working Time Regulations 1998 – could be interpreted to give effect to that ECJ ruling. If not, the Government would have to change the Regulations to comply with European law.

“In rejecting the British Gas appeal, the EAT has ruled that the Working Time Regulations can be interpreted to include commission payments within holiday pay. In doing so, it has followed an earlier EAT decision last year in a case known as Bear Scotland, which dealt with non-guaranteed overtime.

“This decision is sure to be welcomed by trade unions and the thousands of employees who have similar claims in the pipeline. It also provides some degree of certainty in the short-term, since it takes a consistent approach to the question, against a background of earlier conflicting decisions as to holiday pay requirements.

“It is, however, unlikely to be the end of the matter: employers may well take some comfort from the closing words of the decision which are to the effect that if the EAT has got it wrong (in both decisions), it is for the Court of Appeal to say so.

“As such, although the EAT has spoken with a unanimous voice for now, a further appeal to the Court of Appeal (and perhaps beyond to the Supreme Court) may well now be likely. In the meantime, it remains advisable for all employers to review their existing holiday pay arrangements, so as to ensure that any exposure and risk from these kind of holiday pay claims is minimised.”

“In broad practical terms, to determine which pay elements employer must include in holiday pay calculations, it is necessary to identify those elements which are ‘normal’ and which have an intrinsic or direct link to the work a worker is required to carry out. In the context of commission (as well as bonus and similar such payments) a critical question is the purpose for which the pay element is made. Payments based on criteria other than results, or on hybrid factors, may result in a different interpretation.

“The decision in Lock largely confirms the position as we knew it. We expect future litigation to reach courts and tribunals before the holiday pay case law saga can be put to rest.”