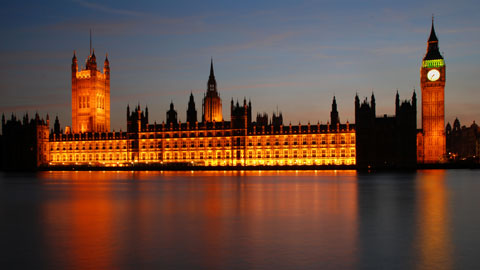 The decision by the House of Lords to approve the “shares-for-rights” clause in the Government’s Growth and Infrastructure Bill has been criticised by employment law commentators, despite the inclusion of a number of concessions.

The clause, which means employees will be able to sacrifice certain employment law rights in exchange for shares in their employers’ organisations, has been the subject of fierce parliamentary debate and had previously been rejected twice by the Lords.

However, following the addition of a further concession in addition to those already offered by the Government, the Lords approved the Bill on 24 April 2013 and it now awaits Royal Assent.

Previously the Lords had been unwilling to approve the clause despite the Government offering the following concessions:

However, the Lords approved the Bill with the clause included, after the addition of a concession that would allow employees agreeing to the scheme to access independent legal advice on how the scheme works, paid for by their employer.

Tom Flanagan, head of employment law at Irwin Mitchell, described the Lords’ decision as a worrying step that is unlikely to find favour with either workers or employers: “The ‘ping pong’ process that this legislation has been through highlights the divisive and troublesome nature of the key measures in this Bill. However, the fact it has been passed by the House of Lords may now set a dangerous precedent.

“It seems evident that there is a drive to establish a principle that universal statutory employment rights are able to be eroded in this way. The whole scheme is likely to create a complex web of shareholder arrangements and tax provisions so that smaller businesses – the prime target for this initiative – are unlikely to want to become involved because of an ironic increase in red tape and cost, which is, with further irony, likely to be greater because of the concessions which permitted the Lords to finally agree to the Bill’s passage.”

He added: “The final concession of requiring independent legal advice is also likely to lead to many employees being advised that it is not in their interests to agree to the offer, while creating the possible involvement of numerous law firms or a stronger trade union presence in the day-to-day interaction between an employer and its employees.

“This initiative has all the hallmarks of creating unintended consequences – largely, I fear, through having been ill-thought out to begin with.”

Richard Fox, head of the employment department at law firm Kingsley Napley, said: “The Growth and Infrastructure Bill passed through the Parliamentary “ping pong” process and made it to the Royal Assent stage by the skin of its teeth, and after the Government had to make concession after concession. But this is not the way to put through important reforms in the hugely sensitive world of employment law.

“The radical and wholly untrumpeted policy was only announced on 8 October and given a three-week consultation period. The Government had not begun to think through all the ramifications and certainly had not canvassed opinion from employment lawyers beforehand.

“Now we have a whole series of changes cobbled together at the last minute. One of these – requiring employers to have employees receive independent legal advice before the exchange of rights for shares is allowed to be formalised – is going to create all sorts of difficulties.”