Manufacturers call for more time to use apprenticeship levy funds 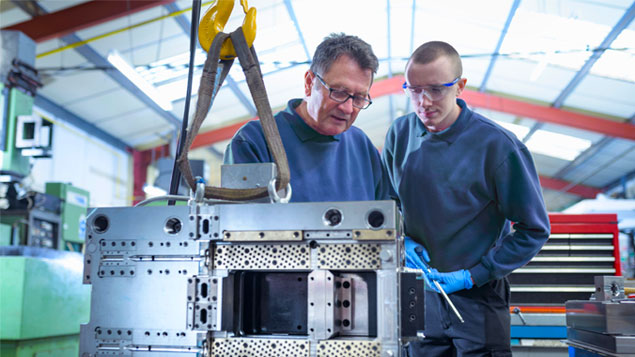 Manufacturers’ organisation EEF said the industry was being penalised for not recruiting on a “straight-line, annual basis”, with many smaller organisations recruiting apprentices every two to three years.

It argued that the requirement for employers to use their apprenticeship funds within two years meant that manufacturers were immediately at a disadvantage.

Its report, A levy price to pay, also claimed that the levy had forced many manufacturers to delay starting apprenticeship programmes or scale back opportunities because the current system did not meet their needs.

It said: “The cost of this is young people having their training pushed back and delayed. It is therefore clear that leaving the levy in its current form is leading to missed opportunities for manufacturers to expand the number apprenticeships they offer.”

One respondent to EEF’s survey said training providers were “refusing to deliver apprenticeships to small numbers of apprentices (three or less)”, while another claimed that they were “struggling to find providers for all the training we require under the apprenticeship banner”.

Two in five found the requirement for 20% of training to be delivered “off the job” was an issue. The report argued that meeting the “off the job” requirement did not concern manufacturers before the levy was introduced in April 2017, because they had traditionally offered four-year-long engineering apprenticeships.

“What the levy has led to, however, is companies thinking about how else they can utilise their levy monies, for example on existing employees. Indeed our data points towards companies looking to offer apprenticeships outside of engineering for their existing employees, and this is where this challenges have arisen,” it claimed.

More than half (52%) of manufacturers would like the apprenticeship levy to be improved in some way. Only 17% wanted to see it scrapped completely.

A quarter suggested that a broader training levy payable by all businesses would be more beneficial.

EEF said: “It is time to get the levy back on track and Government must act urgently to make this happen. As a sector that has been committed to training apprentices for decades, the levy has caused great frustrations.

“Manufacturers are willing to throw Government a lifeline and turn things back around but they aren’t willing to take a wait and see approach.”