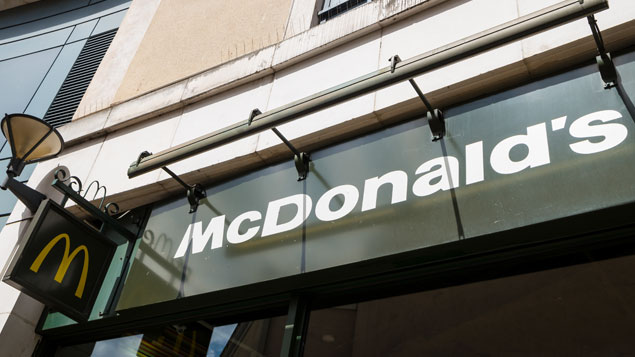 McDonald’s is to award a pay increase to its staff after they staged the first UK strike in the company’s history.

All employees at its company-owned restaurants will receive an hourly pay increase from 22 January, with most staff offered a maximum rate of £10 an hour.

Restaurant staff aged 25 or older will receive a minimum hourly rate of £8, with those aged 21-24 receiving at least £7.95 an hour.

The new pay rates were set following a strike by members of the Bakers, Food and Allied Workers Union (BFAWU) at two McDonald’s restaurants in Cambridge and Crayford, south London, in September.

BFAWU said 95.7% of the McDonald’s employees balloted voted  in favour of the strike.

The union claimed that workers at the fast food chain found themselves living on low wages with no guarantee of work. It called for a £10 per hour minimum wage, “acceptable” working conditions, less insecure working hours and the opportunity to form a trade union as employees of the company.

A McDonald’s spokesperson said: “Our people are at the heart of our business and, as a responsible and proud employer, we are committed to investing in them. Reward and recognition for our people and their contribution is a key priority, and to ensure we can attract and retain the best people, we regularly review pay and benefits.

“While our franchisees set their own pay rates, we have recommended an increase across all age bands for our hourly employees to be implemented from 22 January. From kitchen to counter to front of house, our success would not be possible without the hard work of our people, so we will keep working hard to do right by them.”