Microchipping workers: What are the moral, practical and legal implications? 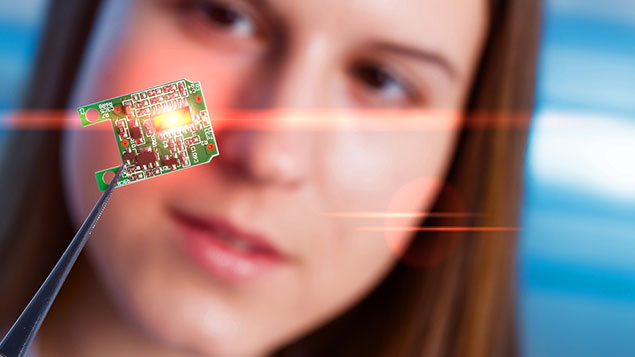 Three Square Market, a Wisconsin-based tech company, recently became one of the first in the world to microchip staff. David Sheppard looks at the employment law implications of this controversial move.

Recent headlines announced that employees at a Wisconsin-based tech company, Three Square Market, have been ‘microchipped’ in order to replace their company security and identity cards. 50 workers out of a workforce of 80 have agreed to have a microchip the size of a grain of rice implanted between their thumb and forefinger.

The $300 chips will allow them to check into work, log onto computers, open secure doors and buy company food and drink – all using radio-frequency identification technology.

However, it’s important to note that the chips currently don’t have GPS capabilities – so the company can’t monitor their employees’ locations.

Speaking to the BBC, Three Square Market’s vice-president of international development, Tony Danna, described it as “the same thing as the chip that is in your credit card. The entire point of the chip is convenience”.

“It takes about two seconds to put it in and to take it out. Putting it in is “like getting a shot” using a syringe, while taking it out it like removing a splinter,” he explained.

Has this been done before?

Three Square Market is taking a lead from Sweden, where a number of companies are pioneering the employee microchip movement.

One such example is Epicenter, a digital hub in Stockholm that houses more than 300 start-ups and innovation labs for larger companies. In recent years the hub has made implanted chips available to its workers and to member organisations.

The Swedish company that is spearheading the movement, and specialises in injecting small microchips under the skin, Biohax, is clearly confident in the technology’s future. Founder Jowan Osterlund recently stated that “I’m turning the Internet of Things into the Internet of Us”.

Is this legal in the UK?

Biometric access systems – such as facial, iris and fingerprint recognition – are popular in the UK and have been growing in use for years without any apparent legal challenge.

As yet there are no reported cases concerning the use of implanted microchips in employees in the UK, so the legal system remains unchallenged in this regard.

However, if considering implementing this new digital frontier in the workplace, employers should tread very carefully indeed.

What should employers know?

For starters, employees would have to fully and freely consent to having microchips implanted – and be able to withdraw consent at any time. If not, employers could be looking at criminal assault charges.

An employee instructed (or who felt pressured) to comply could potentially resign – claiming constructive dismissal.

Also, any monitoring would have to be ‘proportionate’ – under the data protection and human rights legislative regime – and employers would be required to conduct a careful impact assessment before introducing this kind of technology.

For example, if chips are used to monitor the times employees enter and leave buildings, or log in to computers, there must be clear reasons why this is valid and justified – compared to ‘traditional’ systems such as security cards or passcodes.

There might also be religious or other personal beliefs that prohibit the implantation of microchips in some employees – leading to potential unlawful discrimination cases.

There is also the issue of workplace personal injury. Consider the ramifications if the chip was negligently implanted, or caused infection. Employers would be liable here.

The arrival of the General Data Protection Regulation in May 2018 is extremely relevant too. Any employers considering the move should consider asking employees to sign a statement declaring their decision has been informed and that their consent is free.

What about when employees leave?

Rarely do employees stay with a company for life, so when they leave what happens to the chip? Who owns it? Who owns the data? Can the employer or employee demand the removal of the chip from the employee’s body? What if the employee doesn’t consent? It’s a minefield and the law will need to evolve with the technology.

Furthermore, any advantages to microchipping workers may be outweighed by commercial and legal risks.

Employee monitoring systems are of course commonplace in many workplaces, however, physically implanting a chip into an individual is seen by many as crossing a significant (moral, political and legal) threshold.

Microchipping workers is still at a very early stage in its development – both from a tech and moral perspective.

However, it’s perhaps inevitable that this field will continue to evolve and grow in popularity, particularly among the millennial generation – more used to body-tech – who may be more likely to embrace it than other generations.

Just as CCTV rapidly grew to be generally accepted today, microchips might one day in the (very) near future become regarded as the new ‘normal’.

David Sheppard is an associate in the employment team at Cardiff-based law firm, Capital Law.
View all posts by David Sheppard →
Previous Article
Next Article