Migration Advisory Committee recommendations: Do the claims stand up? 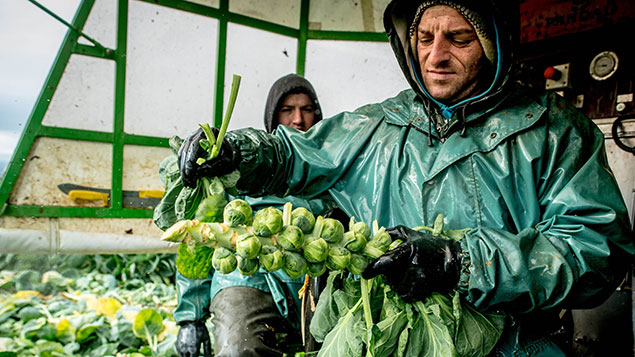 Employers have claimed that migrant workers are prepared to do jobs that UK workers refuse, such as crop picking
Andrew Parsons/REX/Shutterstock

In July last year, the Home Secretary commissioned the MAC to report on the current and likely future patterns of EEA migration and the impacts of that migration on the UK.

Part of this involved gathering evidence from UK employers which will be used as a base for the design of a new migration system after the end of the Brexit implementation phase, December 2020. Its interim report appeared last month.

While MAC is to be commended for producing such a thorough piece of evidence, it soon became clear that employers are continuing to face a damaging shortage in workplace skills which is driving some of them to inadvertently fill vacancies with EEA workers.

Many are recruiting EEA nationals above UK workers for various reasons. As UK employment rates rise, so too does a shortage in UK-born talent. But there is also often a willingness among EEA workers to do certain jobs, especially among the lower skilled jobs, that fewer UK workers are prepared to do.

Employers claim in the MAC report that “migrants often have a higher motivation to work so are more productive and reliable; migrants are prepared to do jobs in difficult conditions that the UK-born workforce are not interested in”.

Is it about wages?

According to evidence, wages don’t come into the equation when it comes to choosing EEA migrants over UK-born individuals and the MAC found no evidence of EEA migrants being paid less than domestic workers.

Nor are wages part of the image problem, an image which employers claim is putting off UK workers particularly in lower skilled sectors (although the MAC report did find that for example, 95% of jobs in hospitality pay below-average hourly earnings).

Organisations sometimes put their recruitment decision down to the availability of higher quality EEA workers and better “work ethic”, including a greater willingness to work longer and unsociable hours, welcoming overtime, and lower absenteeism rates.

But the MAC report also questioned the ‘credibility’ of employers that claim they “cannot improve the supply of UK born workers by offering higher wages”.

Instead, the MAC believes that by paying the higher rates to the UK-born worker, then retention and recruitment of workers should be a given.

However, why should employers have to pay wages to a UK worker which are significantly above the going rate if the individual does not possess the skill-set to warrant this higher rate of pay; especially when a EEA migrant has both the skill set and right work ethic?

On the one hand, the MAC’s view to increase wages to improve retention and recruitment of UK workers is a justifiable comment to companies that fall short of introducing best practice policies to developing home-grown applicants with the required future skill set.

On the other, it can take typically between three and six years to train up an apprentice and companies are facing skill gaps today.

As the report correctly points out, many EEA workers are in jobs requiring a high level of skill that take years to acquire. Recruiting comes down to selecting the right skills for the right job and if these aren’t available within the UK workforce, then companies are forced to go elsewhere.

Whether the MAC report was correct in its claims that some companies are exaggerating over necessary skill levels – highlighting how jobs at lower levels in qualifications’ frameworks (the RQF in England, SCQF in Scotland) require less training time than jobs at higher levels – remains to be seen.

What the MAC was certainly correct on though was the need for Government intervention as well as employer action to help alleviate skills shortages quicker by introducing shorter training times.

Fear of the unknown

To make matters worse, employers are facing further restrictions on the flow of EEA migrants, once we exit the EU.

Employers told the MAC how they fear that the upcoming migration system will mirror the Tier 2 system to recruit non-EEA nationals into the UK.

Their stance is that if the same system is applied to EU workers after Brexit, this could end up being time-consuming, costly and over-complex – with many already facing difficulties processing non-EEA nationals.

Employers of lower-skilled sectors worry that their workforce will not be eligible under the existing Tier 2 system.

This concern, together with a lack of motivation to take up lower skilled jobs among UK born workers, means there’s an urgent need for a low skilled route into the UK for EU workers.

It’s hoped that the MAC and the Government will consider the introduction of regular shortage skills updates which prioritise genuine skills shortages and in conjunction with this, the introduction of a category similar to Tier 3 of the points-based system for lower skilled workers.

This was meant to have been introduced in 2008 but never materialised. A shortage scheme within those jobs below the current sponsored worker skilled threshold (RQF / SCQF Level 6) could allow the much needed supply of labour while future British workers continue to be trained and upskilled.

All will become clear when the MAC publishes its final recommendations to update UK immigration laws this autumn.

One Response to Migration Advisory Committee recommendations: Do the claims stand up?