How employers should deal with employment tribunal delays

By Melanie Stancliffe on 24 Sep 2018 in Latest News, Employment tribunals 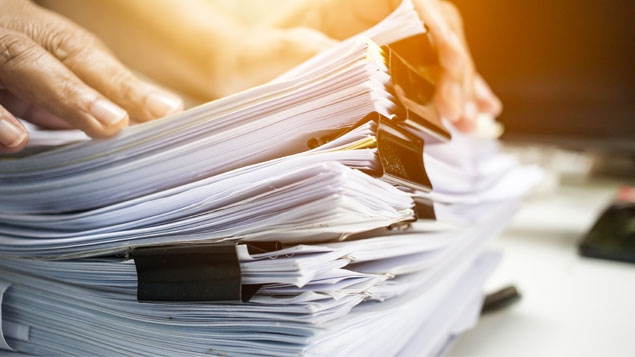 As the sharp increase in employment tribunal claims pushes the system to breaking point, Melanie Stancliffe explains how delays affect employers – and what they can do about it.

According to the Ministry of Justice (MoJ) a total of 10,966 single employment tribunal claims were received between April and June – more than double the number lodged in the same quarter in 2017, before tribunal fees were abolished.

How to give witness evidence in employment tribunal proceedings

This glut of cases means there will be delays in them being heard. When tribunal fees were abolished the number of claims rose dramatically, while the number of administrative staff and judges able to deal with them remained low, following the substantial cuts made to their numbers after fees were introduced.

The MoJ statistics show that, on average, a claim is still dealt with in 28 weeks, as was the case in 2017. However, this is not the experience on the ground, with claimants and employers experiencing lengthy delays for listings of hearings.

As we at Irwin Mitchell have experienced, it can now take up to four months for the initial administrative hearing, which looks at the timetable and action points, to take place. Previously, this would have been held within two months of the claim being filed.

Inevitably, the main hearing in those cases will be put back well beyond the 28 weeks. Some of our cases have been put back over a year. This leads to uncertainty for both claimants and employers.

For employees seeking compensation, the delay will drive up the financial and emotional investment and raise concerns about whether they can continue to pursue their claim. For employers who need to plan their response and ensure that budgets are allocated accordingly, delays will increase legal costs and escalate the risk of witnesses leaving the organisation in the interim.

What can employers do to minimise the effects of the delay?

It is vital for organisations and claimants to obtain witness accounts and documents as soon as possible, within the time limit set by the MoJ. If a potential witness resigns, organisations should ensure their future cooperation when agreeing the terms of their departure.

They should keep any correspondence about the dispute securely and make sure that notes, records and minutes are kept. It is particularly important in delayed cases that evidence is readily accessible for when the hearing eventually takes place to avoid any further delay.

Tribunals have started to recruit more judges and admin staff, but it will take some time before this translates into speedier claims resolution. In the meantime, employers and claimants have to do their best to cope with the creaking system.

But the delay does not have to be lost time and alternative routes can be taken to resolve the dispute in the meantime. The two main routes for this are:

Tribunals have started to recruit more judges and admin staff, but it will take some time before this translates into speedier claims resolution”

Successful mediations and settlements will often reach similar conclusions – a payment to the employee and the withdrawal of all claims against the employer. It was always worth exploring these options to reduce the legal costs and give the parties certainty and closure, but with the delays likely to continue for the time being, looking at alternative options is even more worthwhile doing at an early stage in the dispute process.