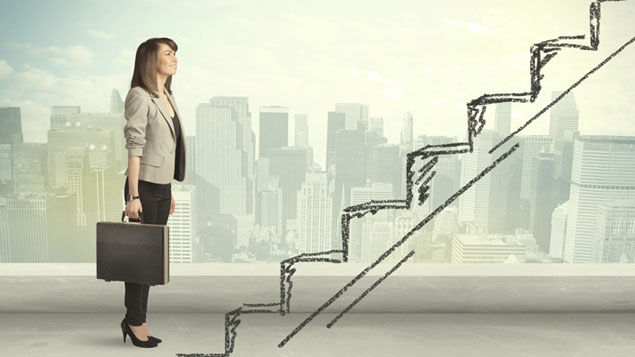 Poor succession planning for leadership positions could be contributing to the limited progress in achieving gender balance. Brett Moffatt explains how organisations could benefit from developing female leaders before top vacancies become available.

Christine Lagarde, head of the IMF, recently suggested that if Lehman Brothers had been “Lehman Sisters” its fate would have been different. She is just one of the voices calling for more gender balance in business.

But while there is no shortage of willingness to challenge “macho culture”, a lot of organisations find it difficult to apply the right tactics.

Why we need leaders on the frontline

According to McKinsey & Company, diverse companies are 33% more likely to outperform industry average profitability than those that lack diversity. But despite this clear benefit to business, only 39% of people surveyed by Talent Intelligence said their employer actively promoted gender diversity in leadership.

But there is a long way to go. Cranfield University recently reported that the number of females in top positions in the FTSE 100 remained static over the past year, while there was a sharp drop in female uptake of boardroom spots in the FTSE 250.

And the problem is not limited to the UK. According to Chief Executive Women, an Australian campaigning organisation, the number of women in chief executive roles in the Australian ASX 200 has grown by just three over the past year, taking the total to just 14.

Poor succession planning means that many women face the prospect of staying in the same post for longer than their counterparts. Many find their career stalling when they have children, for example, or they face other forms of unconscious bias.

Employers can start by using succession planning to boost gender diversity in their top jobs. This begins by identifying the best female leaders, providing them with a clearer pathway to the top of the organisation and equipping them with the skills and knowledge to pave the way.

Executive search firms will attest that there is a huge appetite from employers to ensure women are on the list for leadership roles, particularly those with a particularly stark gender gap. Still, it is common practice to begin searching only after an executive has set their departure date.

Women want to join organisations where they will be heard, championed and given an equal opportunity, rather than feeling they were hired to address a lack of diversity. Why would a woman want to take a job where she can clearly see that women are unrepresented in the ranks above her?

And how many women are going to jump into an unknown organisation without having much understanding of the culture, policies and processes that will enable them to climb up the corporate ladder? Many executive search firms place candidates under pressure to commit to a move after an intensive and formal selection process, which doesn’t give prospective new hires the opportunity to test chemistry, sample culture and, crucially, learn about how they can expect their career to progress there.

When conducted correctly, succession planning should increase the availability of experienced and capable employees who are qualified to take up a senior role – without having to rely on an executive search firm.

Benchmark where progress is made

Organisations that are not making progress in improving diversity at executive level should benchmark themselves against those where progress is being made. Identifying the programmes others have in place to spot female talent is instrumental in this process and they should be adapted to suit their own policies.

When conducted correctly, succession planning should increase the availability of experienced and capable employees who are qualified to take up a senior role”

Succession planning should start early: interns, new recruits and younger employees should be mentored from the start of their career, as diversity is just as important in recruitment and retention across the organisation as it is in leadership. Qualcomm reflects this in its Women in Science and Engineering (QWISE) programme, too.

Organisations need to take a more strategic approach to identifying and supporting top female talent, or they could risk losing dedicated people before they have the opportunity to become leaders.

This means giving women support to flourish in their careers at every level, giving female candidates the opportunity to get to know an organisation before they join, and having the confidence that its approach to progressing women is the right one.