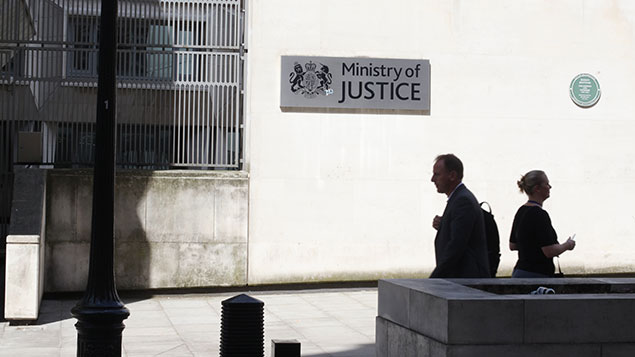 Prospect union members yesterday joined their colleagues at the FDA union in rejecting a five-year pay deal that would have substantially increased wages because of changes to conditions attached to it.

Senior civil servants who are members of the FDA union had already voted against the Modernising the Employment Proposition (MEP) with 65% supporting its rejection. Prospect members voted by 71% to turn down the offer, while a third union and the one with the most MoJ members, the Public and Commercial Services Union (PCS), is still conducting its ballot (closing on 30 August).

MEP would have been worth up to 11% for some staff, consisting of 3% per year for the first three years, then 1% in each of the next two.

The MoJ conceded that the 9% pay rise in the first three years would benefit only just over half of staff but emphasised that 88% of staff would receive a higher increase in basic salary than under the current system of annual 1% pay rises.

In return, the MEP would have seen the working week increase from 35-37 hours to 38 hours and a move towards increased flexibility over finish times and Saturday and bank holiday working. Overtime pay would be converted to a flat single time rate. The overnight allowance would have fallen from £23 to £9 and mileage rates cut from 35p per mile to 25p per mile. The MoJ said that “no one will be forced to take on the extra hours if they would prefer to stay on their current hours and work pro-rata.”

The deal was considered self-financing by the Treasury because the changes in conditions, which also included a month being cut off sick-pay entitlements (from six months’ full pay to five) and the London allowance being replaced, would have paid for it.

PCS general secretary Mark Serwotka, whose union also recommends its members to reject the change, said the verdicts left the MEP proposals “dead in the water”.

The MoJ is among the largest government departments and its 77,000 employees work across more than 1,000 workplaces. It includes agencies such as HM Courts and Tribunals Service and HM Prison Services. About 3,600 Prospect members work for the department. PCS has the most members among unions represented at the MoJ with more than 10,000 employees.

The MoJ was not prepared to comment on the two union votes before the result of the PCS ballot was known but stated: “The Modernising the Employment Proposition proposals will provide better pay, modernise a complex allowance system and bring the grading structure in line with the wider Civil Service. Eighty per cent of staff will receive a higher increase in basic salary than if we continued with 1% annual pay rises. The proposals will also help make the Ministry of Justice more attractive to potential recruits and improve staff retention.”