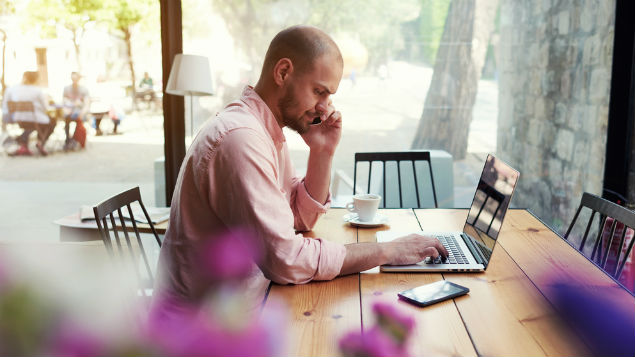 Only 6% of employees are working the traditional hours of 9 to 5 according to a new poll carried out by YouGov – findings supported by a Sage Business Cloud study − while just 14% of employees would opt for those hours.

The survey, commissioned by McDonald’s, asked more than 4,000 adults for their views on working hours and found that most full-time workers preferred to start earlier and leave earlier: 8am to 4pm were the most popular hours for 37% of respondents while 21% chose 7am to 3pm.

Flexible working revolution could be forthcoming

Just under four in 10 respondents (42%) were already working according to shift patterns, compressed hours and job shares and many of these people told researchers that they felt more motivated than when in fixed-time work and being able to work flexible hours led them to stay in the job longer.

Just under half (48%) said they would prefer to work a longer day in return for a shorter working week.

Among other findings it was found that a sociable workplace ties with pay as top criteria for “good jobs” among almost two-thirds of all adults (63%), closely followed by flexibility to work the hours and patterns that suit (61%) and a convenient location (60%).

He said: “The 9-5 day as we know it doesn’t work anymore. Our research also echoes the YouGov findings out today; 81% of employees we polled placed importance on flexible working. They want autonomy to work in the way that works best for them. As a result, they’re more empowered, and more productive in the work that they do.

“If companies want to attract and keep the best, then they must adapt. The global skills shortage means it’s a job seeker’s market, and top talent are demanding more from their employer. People-orientated companies know this and put their employees’ needs before unnecessary processes and traditional ways of working, reaping the rewards in engagement and productivity.”

CEO of the CIPD Peter Cheese, who is also co-chair of the government’s flexible working task force, said the survey shed “a strong light on how people increasingly think differently about work, and how work itself is changing”.

He acknowledged that uptake of flexible working was still low and most jobs were not advertised as being open to different working arrangements. He said: “While government has a role to play in driving change across the labour market, employers also need to take charge, putting flexible working options in place and improving behaviours and attitudes towards flexible working to create a win-win for individuals and organisations.”

McDonald’s said it would work with flexible working campaigner Anna Whitehouse (known on Instagram as Mother Pukka) to provide advice at events in the companies’ restaurants from 19 September as well as Working Mums and Youth Employment UK. Whitehouse said: “Flexible working is not a ‘nice to have’, it’s a fundamental shift that has to happen to the fabric of the working world. We see it as a two-way relationship, businesses trusting their employees and employees taking responsibility to get the job done.”

Every employee has the right to request flexible working after 26 weeks’ employment and employers must have a sound business reason for rejecting any request.