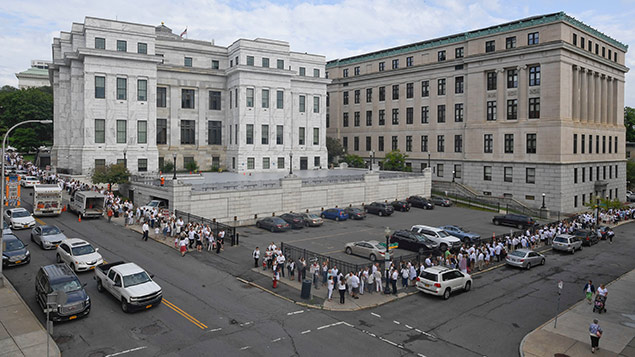 Michael Mann, chief executive of MyPayrollHR, has been arrested and charged with fraud.

Three weeks ago, the New York payroll provider ceased trading, but only after withdrawing wages from bank accounts of the employees of thousands of its small business clients.

The announcement was made by the US Attorney’s Office. According to the charge, Mann “fraudulently obtained at least $70 million in loans from banks and other financial institutions. He created companies that had no purpose other than to be used in the fraud; fraudulently represented to banks and financing companies that his fake businesses had certain receivables that they did not have; and obtained loans and lines of credit by borrowing against these non-existent receivables”.

Mann, who is understood to have begun the fraud in 2010 or 2011, appeared in court on Monday and bailed on a financial bond and with pre-trial supervision conditions.

If convicted he faces up to 30 years in prison, a maximum $1 million fine and up to five years’ post-release supervision.

Workers across the US were affected. Some reported that their fortnightly pay cheque amount had been deducted from their account as many as three times. Others saw arbitrary sums “reversed” from their accounts. One employee from a Nashville-based animal rescue charity saw almost $1 million taken from their account.

MyPayrollHR closed its offices in Clifton Park, New York, sending its customers an urgent payroll system update stating that it regrets “to inform you that due to unforeseen circumstances, we are no longer able to process any further payroll transactions. Please find alternative methods of processing your payrolls”.

The FBI continues to seek information from people and businesses who may have suffered financial loss due to the alleged activities of Mann, MyPayrollHR, parent company ValueWise Corporation and affiliated companies.

Michael Koenig, an attorney representing Mann, said that he called the US Attorney’s Office on behalf of Mann before any law enforcement or regulatory agency contacted the payroll company owner. He said that Mann had “been cooperating with authorities”.