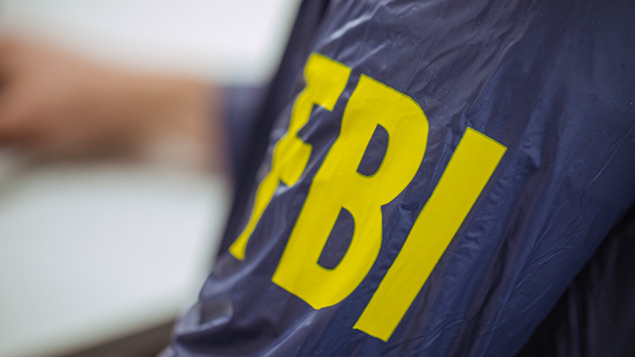 Is there anything a company can do worse than failing to pay its employees? Thousands of employees in the US have discovered that indeed there is, after their employers’ payroll provider removed money from their bank accounts and then ceased trading.

The FBI is investigating MyPayrollHR, which says it provides “cloud-based payroll when and where you need it”, after $26 million was withdrawn from the accounts of the employees of about 4,000 companies across the US. To add even more intrigue to this extraordinary situation, the whereabouts of the founder and CEO of MyPayrollHR’s holding company are currently unknown.

MyPayrollHR, which boasted “rock-solid security”, closed its offices in Clifton Park, New York, last week, sending its customers an urgent payroll system update stating that it regrets “to inform you that due to unforeseen circumstances, we are no longer able to process any further payroll transactions. Please find alternative methods of processing your payrolls”.

The FBI said it was “seeking information from business owners who may have suffered financial loss due to the alleged activity of MyPayrollHR and its affiliates”.

State governor Andrew Cuomo called on the New York Department of Financial Services to investigate. He said: “The sudden and unexplained shutdown of MyPayrollHR in Clifton Park is disturbing and completely unacceptable. Its reckless actions have left employees across the state and the nation with negative bank accounts and forced businesses who depend on its payroll services to scramble and find ways to compensate their employees.”

In his online security blog, Brian Krebs, a former Washington Post reporter, says that rather than being a case of the payroll system being hacked, “this snafu appears to have been something of an inside job”.

He explains that most employers work with a least one third-party provider to pay its employees. An automated clearing house (ACH), Cachet Financial Services, based in Pasadena, California, handled that process for MyPayrollHR.

According to Cachet, the digital file that MyPayrollHR submitted on 4 September, requested that the payroll money from its clients be paid, not to their employees, but to a MyPayrollHR account held at Pioneer Savings Bank.

The total amount of this mass payroll deposit was about $26 million. Wendy Slavkin, general counsel for Cachet, said that her client enquired with Pioneer about the deposit only to be told that MyPayrollHR’s account had been frozen.

I am calling on @NYDFS to investigate the sudden and disturbing shutdown of MyPayrollHR in Clifton Park.

The company’s reckless actions have left employees across the state with negative bank accounts. They deserve answers. pic.twitter.com/26HWy3XHKS

Furthermore, a similar alleged fraud took place when MyPayrollHR took $9 million from the National Payment Corporation in Florida, which handled tax payments for its clients.

Employees at MyPayrollHR have said that Michael Mann, the founder and CEO of parent company ValueWise Corporation, which acquired the payroll provider six years ago, has not been seen since pay issues surfaced.

The US Department of Labor said in a statement: “Because of the potential magnitude of the situation, the Wage and Hour Division will continue to monitor the situation and will be prepared to coordinate with our state counterparts should they be unable to resolve the matter expeditiously.”

The National Automated Clearing House Association (Nacha), which governs the electronic payment process in the US, has advised individuals that think they have been negatively impacted by MyPayroll to notify and file an “unauthorized ACH transaction form” with their bank or credit union.

In a statement it said: “Reversing a valid payroll deposit is not permitted under the Nacha Rules that govern the ACH Network. Nacha is investigating the responsible parties, and is working with financial institutions to undo or remedy any invalid transactions”.

In a filing submitted to the Securities and Exchange Commission, Pioneer Bancorp reported being the originating lender for a $36 million loan to MyPayrollHR, $16 million of which it provided. The bank also reported $19 million in “deposit activity” from the payroll company as part of Pioneer’s “potential exposure”.

The bank added it “is pursuing all available sources of recovery and other means of mitigating the potential loss”. Pioneer “has sufficient capital to absorb the potential loss and expects to remain well-capitalised,” it continued.