Never mind the glass ceiling, what about the glass door? 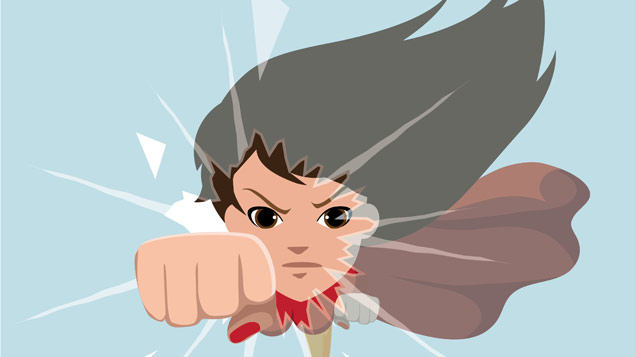 So much has been written about why women earn less than men and miss out on key promotions. But, as we prepare for gender pay gap reporting, are we ignoring the real reasons for gender inequality at work, asks Catalyst Europe’s Allyson Zimmermann?

One myth we often hear is that women are held back by the glass ceiling. Catalyst has been conducting a longitudinal study into the careers of business school graduates in the US, Canada, Europe and Asia, and what we’ve discovered is that women do not hit a glass ceiling — but rather they run into a glass door on their first day.

How is pay defined for the purposes of reporting an organisation’s gender pay gap?

From day one, women are paid less and start at a lower level than their male counterparts, despite being similarly qualified and sharing the same career aspirations. Unfortunately, this gulf only widens over time.

According to our statistics, in Europe the pay gap between women and men in their first job is €4,255. After five years this has widened to €36,304.

And while many attempt to explain this by women not negotiating, research shows the opposite. Women do negotiate, and almost as often as men. Catalyst found that 47% of women versus 52% of men negotiated for a higher salary during the hiring process.

Another study, published this month by the Cass Business School, the University of Warwick and the University of Wisconsin, also found “no support” for the theory that women did not ask for more money out of concern for workplace relationships.

When men and women workers were compared, men were 25% more likely to get a pay rise when they asked, the study found.

Unfortunately, women don’t always get what they ask for. So why is this the case? Are men just better at doing “all the right things” to get ahead?

Doing all the right things

We looked at the traits of a so-called “ideal worker” and found that even when women did all the right things to advance, it did not have the same payoff.

We also know that men are promoted based on potential, whereas women are often promoted based on proven performance. Because of this, Catalyst found that women actually tend to make more money by staying with the same employer than by switching jobs, while the opposite is true for men.

Instead, we believe that systemic barriers are stopping women from achieving their career potential including a lack of role models, not enough sponsors (such as senior leaders with decision-making influence) and exclusion from informal networks such as after-work drinks.

Another barrier we have identified is that high-profile work projects are not shared equally leading to women receiving projects with smaller budgets, smaller teams and which are less visible to senior management.

We found particularly that international assignments could predict advancement in an organisation, and women tend to get fewer of these than men – but not because they’re unwilling to relocate.

We found that of those most willing, more men than women got those assignments (35% compared with 26%), and more women than men were never offered the opportunity (64% versus 55%). When 70% of leadership development occurs on the job, women are losing out greatly.

Former Ernst & Young Chairman and CEO, James S. Turley, has described this as the “silent problem”.

“There’s a huge difference between ‘do you want this job?’ and ‘you don’t really want that job, do you?’

“Or, even worse, the question isn’t even asked. It’s a silent problem. Asking begins to address the problem, and how we ask matters.”

The UK is taking steps to address the gender pay gap, through legislation that will require companies with more than 250 workers to publish a report on gender pay from 2018.

This level of transparency when it arrives can only be good for both women and men, as they can confidently know their worth.

A woman in her 30s recently told me how she was offered a board seat at her medium-sized company, but at a lower salary than the previous male director.

It was only because her predecessor, a male with a family, told her his salary and advised her that the managing director was planning to offer her less because she was not the family breadwinner, that she was able to insist on the same salary.

Most companies I speak to do not think that they have a problem with gender pay inequity, but the stats tell a different story, as we know.

To make change, organisations need to take intentional action, from auditing salaries across the board to addressing wider issues of whether men and women are treated differently because of their gender.

Equal pay for equal work is a fundamental right for all workers, and one that’s long overdue.