By Jo Faragher on 15 Jun 2015 in Apprenticeships, Department for Business, Energy and Industrial Strategy (BEIS), Recruitment of young people 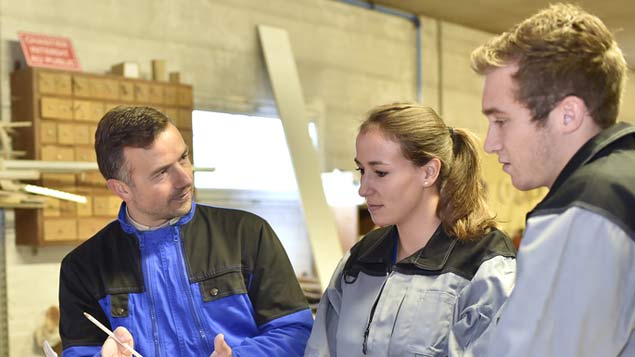 The Government has announced plans to give apprenticeships legal protection by preventing employers from abusing the term.

Under new rules to come through in the Enterprise Bill, the legislation would make unauthorised use of the term “apprenticeship” illegal, with schemes obliged to provide at least a year’s training and meet other requirements.

Determining the legal status of apprentices

Are employers required to pay apprentices the minimum wage?

In a statement, the Department for Business, Innovation and Skills (BIS) said: “This will strengthen their reputation, help working people and ensure apprenticeships are recognised as a career path equal to higher education.”

BIS has also announced that it will now set targets for public bodies, such as schools, hospitals, prisons and police forces, to take on more apprentices. This is part of its pledge to create three million apprenticeships by 2020, announced in last month’s Queen’s Speech.

The Government is keen to raise the profile and reputation of apprenticeships and put them on a par with university as a career route for school leavers.

Last month, a report from the Institute for Public Policy Research claimed that too many apprenticeships were offered to older people or those already employed at their company, rather than tackling youth unemployment.

It claimed that a significant proportion of companies failed to comply with the apprenticeship minimum wage, and that there was “particular concern over the poor quality of some apprenticeships”.

Skills Minister Nick Boles said that the Government would gain power to take action if low-quality courses are promoted under the apprenticeships banner.

He said: “If university graduates have their moment in the sun, so should people who undertake apprenticeships. Businesses know their value so it’s high time they were recognised both by the public and in law as being equal to degrees.”

The Social Mobility and Child Poverty Commission has also released the findings of an inquiry into recruitment by top financial services and legal companies.

It claims that too many of these companies operate a “poshness test” that locks out talented working class people, with 70% of job offers made to graduates who had been educated at a selective state or fee-paying school.

One interviewee for the report claimed that it was “hugely efficient” to hire someone from a similar background to his own, while another (from a law firm) said: “How much mud do I have to sift through in that population to find that diamond?”

Chair of the commission Alan Milburn said: “Elite firms seem to require applicants to pass a ‘poshness test’ to gain entry. It’s time for the rest to follow the lead of the best and adopt policies that make access to a top job genuinely meritocratic.”