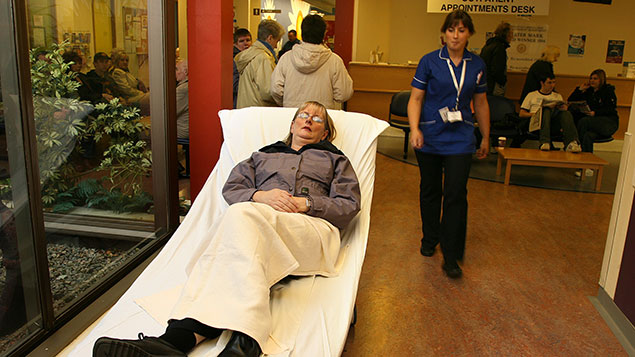 To avoid a major winter crisis in the NHS in the coming months, hospitals in England have been urged to offer salary top-ups to senior doctors in the wake of much-criticised 2015 pension reforms, the health service regulator has said.

New guidance, stated NHS Improvement, has allowed hospitals to make cash payments in lieu of  employer pension contributions to doctors who have left the staff retirement scheme over higher taxes.

However, according to The Times, a freedom of information request by the Hospital Consultants and Specialists Association found most hospitals were not offering the cash-in-lieu option.

“The desperate intervention by the regulator is a step in the right direction, but stern words do not change the fact that it will remain a voluntary policy,” Claudia Paoloni, president of the HCSA, said. “We have long warned that Treasury inaction on the pension crisis will fuel a winter crisis and it seems that this is now dawning on the NHS at the highest level.”

Under the 2015 changes, salaries of more than £150,000 trigger a reduction in the £40,000 per year that can be put tax-free into a pension. It tapers down to £10,000 for those earning £210,000 or more. Breaking the limit triggers a penalty tax rate. For senior NHS consultants this is a major issue because although high earners in the private sector can adjust their contributions to avoid this, the way NHS pensions are structured means that health service staff cannot.

As chair of the British Medical Association’s consultants committee Rob Harwood, explained in a blog published in the summer: “You will see that decreasing the amount of work you do will not only help protect you from annual allowance charges but may also give you a larger pension at retirement.

“Since August last year we have been warning government of the perfect storm they have created that is forcing the most experience doctors to retire, reduce their workload, abandon leadership positions and stop covering vacancies.”

The reforms have led to patients having operations cancelled as senior NHS staff cut overtime because they fear they will lose income through swingeing tax charges. Because the medics do not have a fixed income, it is impossible to determine the exact amount that can be saved tax-free into a pension.

The BMA is already warning that more than a million patients this winter could experience waits of over four hours at accident and emergency departments. The lack of beds means that almost a third of a million patients could also end up waiting on trolleys for treatment.

BMA council chair Chaand Nagpaul warned yesterday: “Enough is enough. Right across the health service, trusts and GP practices will be bracing themselves for what looks set to be the worst winter the NHS has ever endured.”

Niall Dickson, chief executive of the NHS Confederation, which represents leaders across the health service, urged the government in a letter to consider a limited measure which would allow any extra hours worked by senior clinical staff delivering front line care to be excluded from the application of the taper if they exceed their full-time contracts.

Dickson said: “As the NHS hurtles towards another monumentally busy winter period, we are facing a ticking timebomb where vital shifts might not be filled because of the ongoing pensions crisis.”

Last month, the Royal College of Surgeons of England reported that 68% of consultant surgeons they surveyed were considering early retirement because of the pensions tax issue, 64% had been advised to work fewer hours, and 69% had reduced the amount of time they spent working in the NHS.

Research commissioned in June by NHS Employers, which is part of the NHS Confederation, found 42% of those questioned, predominantly consultants, had reduced the number of extra shifts they did as a result of problems.