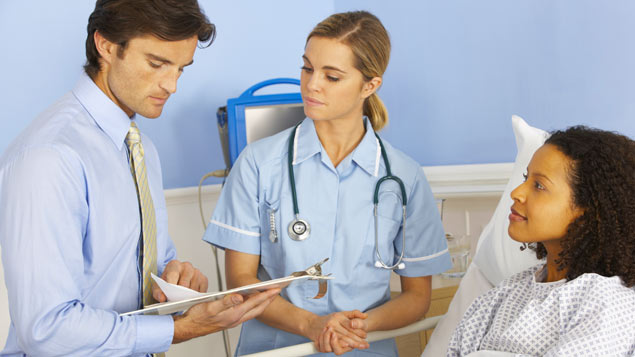 Plans to expand a scheme that allows medical trainees from overseas to learn and work in the NHS, have been put on hold by the Home Office, it has been claimed.

Earlier this year the NHS Long Term Plan announced the government’s intention to expand the Medical Training Initiative so that more medical trainees could study and work in the NHS, which would help alleviate staff shortages.

One in six NHS posts unfilled by 2030

The scheme allows up to 1,000 trainee doctors from outside the EU to work in the UK for a maximum of two years.

However, the Guardian has reported that there had been little progress made in expanding the scheme to more trainee doctors. An anonymous source said: “Diddly-squat has happened and that’s down to the Home Office. It’s down to them to make it happen and they’ve not done that.”

Dr Andrew Goddard, president of the Royal College of Physicians, noted that the government has said expanding the NHS workforce is a priority area, but the NHS was “yet to see action on some of the quick wins”.

“Almost a year after indicating they were considering lifting the cap on the number of international doctors coming into the UK on the MTI scheme, we are still waiting,” he said.

The Home Office did not comment on whether it had acted on proposals to open up the MTI scheme to more entrants, but a spokesperson said the MTI, like other visas offered under the Tier 5 Government Authorised Exchange scheme, was subject to regular review to ensure it meets the aims of the immigration system.

“We recognise the valuable contribution that migrant staff make to the NHS, which is why we removed doctors and nurses from the annual cap on Tier 2 work visas. In the last 12 months we issued more than 15,000 visas to the health and social work activities sector, many of whom are doctors and nurses for the NHS,” said the spokesperson.

Paul Wallace, director of employment relations and reward at NHS Employers, said: “Employers in the NHS value the MTI scheme and what it offers doctors from low and middle income countries, as well as what we and our teams can learn from them. The commitment to MTI in the NHS long term plan was welcomed.”