Npower to cut 4,500 jobs in restructure 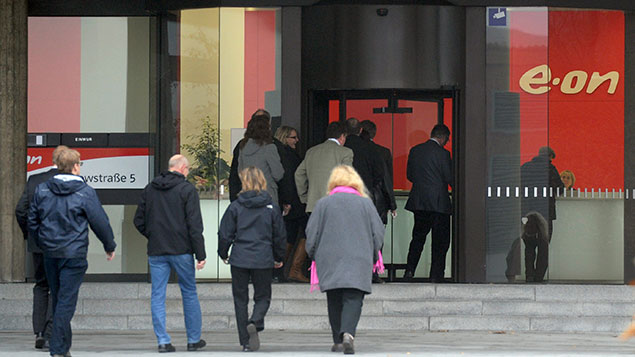 Energy company Npower must cut up to 4,500 jobs as part of a restructure announced by its parent company E.ON.

E.ON said it would bring Npower’s UK domestic and small business customers into its own business over the next two years.

E.ON acquired Npower as part of a €43bn asset swap with German company RWE in March. This meant it bought the RWE subsidiary that owned Npower.

UK chief executive Michael Lewis said the company needed to “build a sustainable business with a lower cost base” to allow it to compete in an increasingly challenging market. In the last 18 months, almost a third of energy suppliers in the UK have either gone bust or operate at a loss.

“For Npower and its employees, these proposals will mean significant changes,” he added. The company will now consult with trade unions and employee representatives and the restructure is expected to be completed by 2022. The restructure will cost £500 million.

Dave Prentis, general secretary at Unison, described the announcement as a “cruel blow” for employees. “The UK energy market is in real danger of collapse. If nothing is done, there could soon be other casualties,” he said.

Npower had already announced 900 job cuts in February, equivalent to 14% of its workforce.

Lewis added: “The proposals we’ve outlined today are in no way a reflection of Npower’s people, who I know work hard to serve customers each and every day.

“It’s clear that only companies that undergo a major transformation and keep cost efficiency as a key focus will succeed in the current market and regulatory climate.”

Prentis said the issues facing the UK energy market presented a strong case for it to be nationalised. He added: “Npower’s demise means there’s no time to waste. It makes the powerful case for bringing the retail arms of the big six energy firms into public ownership.

“This would preserve jobs, ensure customers get a better deal and allow the UK to meet its carbon neutral targets.”