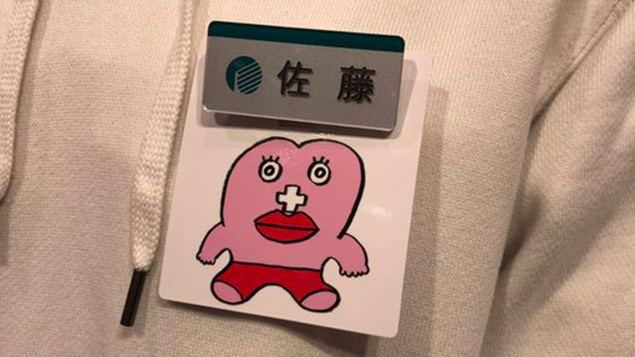 A department store in Japan has said it is reviewing a policy where its staff could wear badges indicating whether they are on their period.

Daimaru in Osaka introduced the Michi Kake branded badges last month so that employees opting to wear one could receive more support or take longer breaks.

The initiative, which was suggested by employees, is also being used to promote Luna, an app that predicts menstruation. The badges feature a manga movie character called Seirichan or “Miss Period”.

Social media users have described the policy as “patronising” and “prepostorous”. A Daimaru spokesperson told the BBC that some staff “didn’t see the point” of or were reluctant to wear the badges.

Menstruation and the workplace

“But others were positive,” she said. “If you saw a colleague was having her period, you could offer to carry heavy things for her, or suggest she takes longer breaks, and this support would be mutual.”

But Daimaru said it was considering adapting the policy to allow staff to share the information with one another, if they wish, without letting customers know.

Indonesian women who suffer from pain during menstruation are entitled to take paid leave on the first and second day of menstruation, although in practice it is not commonly taken. In Canada employers are now obliged to make products such as tampons available free of charge.

Recent years in Europe have seen increased debate around how menstrual cycles affects women at work, after the Italian parliament drafted a bill to introduce a menstrual leave policy. While some welcome the removal of the “stigma” around menstruation, others argue that it could perpetuate sex discrimination.

At the Labour Party conference in September shadow equalities minister Dawn Butler said it would ensure employers provide flexible working arrangements to women experiencing the menopause if it came to power, adding: “Together we must end the stigma and ensure that no woman is put at a disadvantage, from menstruation to menopause.”

In UK law, there have been tribunal cases where women have been awarded compensation for being discriminated against and their menopausal symptoms were classed as a disability under the Equality Act. Period pain has not been tested in case law but it is likely to be at some point. Lawyers believe any such case would be fact dependent and the severity and frequency of the symptoms will be critical.