Number of women on European boards doubles in eight years

By Laura Chamberlain on 6 Sep 2012 in France, Equality & diversity 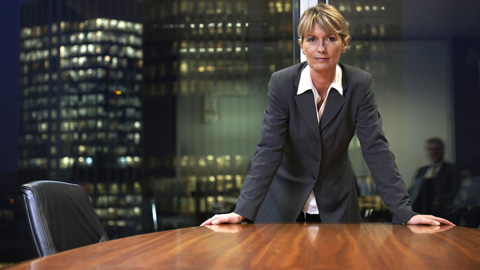 Female representation on the boards of Europe’s largest companies has doubled during the past eight years, with 16% of these posts now held by women, up from 8% in 2004.

Executive recruitment firm Egon Zehnder International, which carried out the research, argued that, if the trend continues, women will account for 25% of European board roles in top companies by 2017.

According to the data collected from 353 of Europe’s largest quoted companies, 86% of businesses have at least one woman on the board. In the UK this figure is 95%.

Karoline Vinsrygg, a consultant at Egon Zehnder International’s London office, said: “It took about 50 years for women to fill 13% of board seats in the UK; it has taken them only one year to fill an additional 5%.

“This is the result of voluntary measures and, increasingly, collective political and cultural pressure. We anticipate the rising upward trend here will continue. “

The UK figure for the number of companies with one or more female board members was exceeded in five European countries – France, Norway, Finland, Denmark and Sweden – where 100% of top businesses had women on the board.

Proposals expected to be announced later this month by the EU’s justice commissioner Viviane Reding could force Europe’s listed companies to reserve at least 40% of non-executive board positions for women by 2020. However, evidence from Egon Zehnder International’s research on the effectiveness of such quotas was mixed. Of the countries where 100% of firms surveyed had women on the board, France and Norway already had quotas for female representation in the boardroom, but Finland, Denmark and Sweden did not.

Overall in 2012, one-third (31%) of board appointments across Europe were filled by women.

However, despite the surge in female representation in the boardroom as a whole, just seven (1.7%) of the 415 chair positions included in the research were held by women.

The report (PDF format, 820K) states that the key reason for this is that few women have sufficient experience on the board to gain these roles, with female board members almost five years younger, on average, than their male counterparts.

Damien O’Brien, chief executive and chair of Egon Zehnder International, added: “To sustain future growth, the key challenge for organisations will be to ensure more women rising through the executive ranks. This will not only prepare them for future board positions but will also serve as a role model and inspire the next generation of female leaders.”