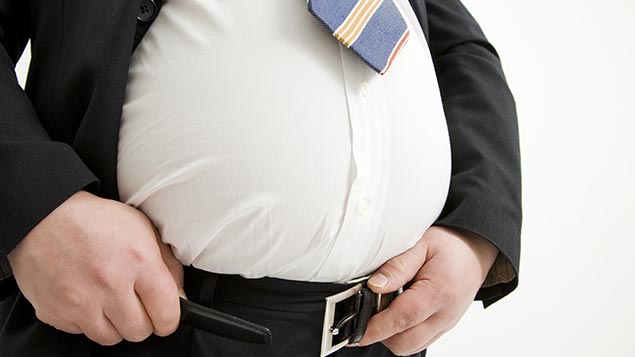 A UK employment tribunal has become the first to consider obesity as a disability following last year’s ruling in the European Court of Justice.

The Northern Ireland Industrial Tribunal in Bickerstaff v Butcher unanimously decided that the claimant is disabled and upheld his claim of harassment.

Mr Bickerstaff worked at Randox Laboratories in Co Antrim where he said he was harassed by colleagues, in particular Mr Butcher, because of his weight.

The employment judge said it was satisfied that Mr Butcher had been “harassed for a reason which related to his disability, namely his morbid obesity condition”. It heard evidence of the claimant’s excessive body mass index (48.5), sleep apnoea and gout.

The tribunal panel referred to December’s ruling in the European Court of Justice (ECJ) in the case of Karsten Kaltoft, a Danish childminder who claimed he was sacked for being too fat. The ECJ said that if obesity hinders “full and effective participation” at work, it could count as a disability.

Stephen Simpson, principal employment law editor at XpertHR, said: “A common challenge that an obese worker is likely to face in the workplace is inappropriate comments from colleagues. Employers and employees need to be aware that, since the ECJ confirmed that obesity can be a disability, such comments may constitute disability harassment.

“This judgment is also notable for the medical report’s suggestion that the claimant’s health would have been improved if he had lost weight over a period of time. It appeared to make no difference to the tribunal that the claimant’s condition was self-inflicted and could have been improved: the important thing for the tribunal was the impact of the condition on the worker, not its cause.”

A Randox Laboratories spokesperson said: “This tribunal was the result of a dispute between two former staff members. As soon as the relevant departments were made aware of the issue, it was dealt with.

“This included a rigorous internal investigation, concluding in the immediate dismissal of the antagonist. Randox made every effort to secure the return to work of the claimant and to support him.

“We are aware of the new strand of discrimination that this case law has introduced and Randox continues to be an employer committed to ensuring zero tolerance on any form of discrimination.”

Unite regional secretary Jimmy Kelly said: “Workers who suffer abuse on grounds related to their obesity now have the added protection of being able to pursue their employer/abuser in the Tribunal for humiliating, degrading or violating treatment. Previously such cases would likely been heard in the civil courts as a stress at work claim.”

XpertHR has a full case report on Bickerstaff v Butcher, including practical tips for employers and a full case transcript.