By Jo Faragher on 25 Apr 2019 in Latest News, Pay settlements 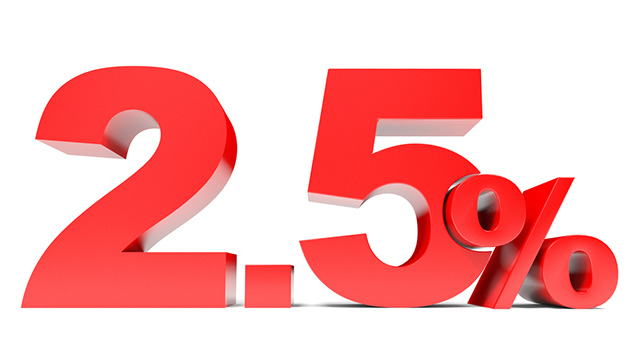 Pay awards have edged just above inflation, with the median basic pay award in the three months to March at 2.5%, according to XpertHR.

This stands just ahead of retail prices index (RPI) inflation, which stood at 2.4% in March as price rises slowed.

Forecast for pay awards in 2019

However, the current boost to pay awards could be short-lived, as many forecasters predict that RPI will increase in coming months.

This is the third consecutive rolling quarter that the median pay award has been 2.5%, and XpertHR predicts that this will remain stable for some months. There was a brief dip in late 2018 when median pay awards fell back to 2%, but this has since recovered.

According to XpertHR’s analysis of 216 pay awards, the middle range of pay awards is tight – standing at between 2.1% in the lower quartile and 3% in the upper.

Pay and benefits editor Sheila Atwood said that more than 40% of deals take effect during April, making this a busy time of year for pay setting.

“Analysis of the first April 2019 pay deals to be awarded to employees confirms our view that 2.5% will be the benchmark pay award in 2019,” she said.