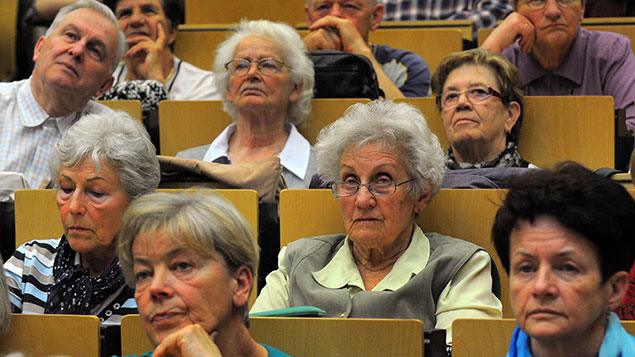 The government must rethink its approach to lifelong learning and ensure that it educates younger people for longer working lives, according to a report published today by the Lords Committee on Intergenerational Fairness and Provision.

The committee’s report, Tackling Intergenerational Unfairness, argues that too many young people do not acquire the right skills to start with and then – as they grow older – are not able to access the training they need to stay employable in a changing workplace.

It goes on to claim that the apprenticeship system is “confused” and does not adequately serve either young people or apprentices choosing to retrain in later life.

How employers can support a growing band of older workers

Giving evidence to the committee, Professor Andrew Scott from London Business School said: “There are two main challenges: what do we teach young people if they are going to be working into their 70s, and how do we create a system where people can continually learn and update their skills throughout their life?”

The committee adds that “lifelong learning is a cause for serious concern”, attacking the government’s National Retraining Scheme, which was announced as part of its Industrial Strategy, as inadequate.

The Lords claim that the scheme should be extended and scaled up to prepare for the challenges of an ageing workforce and technological development.

“The government should consider new incentives to encourage people in lifelong learning,” it adds, and should implement a more cohesive strategy around this following its review of post-18 education.

The idea of ‘mid-life MOTs’, suggested in John Cridland’s Review of the State Pension Age as a way for older workers to plan out their career progression, was praised, but the committee warned that attempts to roll this out as a statutory national policy “would lack flexibility and might lead to waste”.

The report also notes how insecure employment conditions such as zero-hours contracts or atypical employment status tend to be concentrated disproportionately at the younger end of the employment spectrum.

With this in mind, the committee urges the government to give more of an indication when we might expect legislation based on the recommendations set out in 2017’s Taylor Review.

Anna Dixon, chief executive of the Centre for Ageing Better, was one of the experts to submit written and oral evidence to the committee. Following the publication of today’s report, she commented:

“Britain urgently needs policies that work for people of all ages and which tackle the challenges brought about by increasing socioeconomic and health inequalities. Many young people are struggling on low wages at the same time as pensioner poverty is increasing for the first time in a decade.

“This is not about old versus young, it’s about creating a society where everyone regardless of income or background can enjoy every stage of life.

“As we live for longer, we are working for longer, and the report rightly recognises the need to invest in lifelong training. If everyone is to look forward to a long working life, workers of all ages need the same opportunities for learning and development and protections from insecure work.”