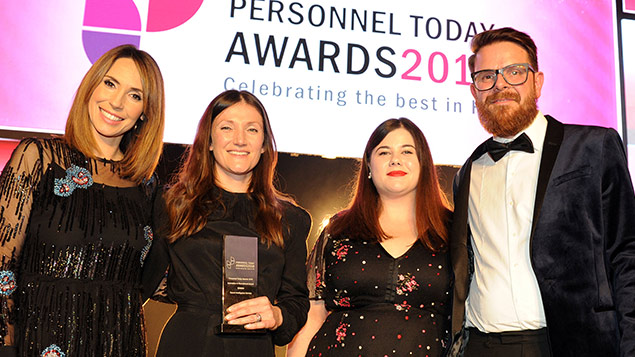 The Secret Intelligence Service, also known as MI6, won the 2018 Personnel Today Awards Innovation in Recruitment prize after demonstrating its ability to attract a far more diverse range of talent than it had previously. The judges also recognised that all the shortlisted organisations in this category had successfully moved away from traditional, outmoded models of recruitment.

The need was recognised to become more innovative when advertising careers in SIS. It was seen that too many people ruled themselves out from being intelligence officers and traditional advertising routes were not working hard enough to attract the range of candidates needed. The service also has to continually fight against perceptions about its employees that are influenced by James Bond films.

In particular, the service needed to move away from white, male, privately-educated candidates to entice a far more diverse range of people that more closely reflected British society. To achieve this was necessary to prevent people from ruling themselves out – namely women and people from ethnic minorities – and show them that they could play their part in defending the country.

A year of boundary-pushing work took place that resulted in the launch of TV and cinema advertisements, and a game about the skills of intelligence officers. Marketing targeted universities with high BAME representation; unbranded materials and ‘blind’ lecture shout-outs were used. The service deployed its first ever cinema advert – a 30-second story that made people double-take. TV adverts were screened on Channel 4 and E4 as well as channels with a majority BAME audience.

The results have seen a significant increase in applications with millions of people reached by the campaigns.

Recognising that the company’s future is tied in with success in society as a whole, the bank decided to implement a joined-up suite of apprenticeship programmes to make it possible to recruit ambitious people from all backgrounds, even those without experience and qualifications, and gain A-levels, degrees, even an MSc.

The variety of schemes reflects how apprentices can be anyone; school leavers, grandparents, ex-military, long-term unemployed … Candidates are fully supported with mentors and a website platform where they can disclose any personal information in confidence.

The approach has led to £2m being saved on recruitment costs and contractor fees, an upsurge in interest and contracts from local authorities, the creation of a cohort of future leaders, and more collaboration within the business. Cultural diversity has improved with 20% of apprentices coming from BAME backgrounds and the business feels it is changing perceptions of who apprenticeships are for, raising aspirations and transforming life chances.

The accounting and services giant wanted to rebuild its image and attract apprenticeship talent who was creative and rebellious. It decided to involve young people by engaging them through social media rather than “talking at them”.

This was done by inviting students to recreate what inspired them and share it, through drawing, painting, writing and even baking. Participants could then take a picture and share it, tagging Deloitte. A prize of £5,000 was offered. Instagram was the lead channel for the campaign that was launched in National Apprenticeship Week, with schools and colleges being contacted.

The campaign reached more than a million 16-20 year olds. Total engagements from shares and comments was over 700 and there was an 18% increase in the number of applications to the BrightStart apprenticeship scheme to 1,639, with 46% of applicants being female (up from 38% the previous year).

The insurance giant includes many brands such as Green Flag, Churchill and Privilege, each of which has a strong individual identity. The group decided that to attract top, diverse talent it needed to help potential candidates understand that it has an underpinning, consistent culture with strong values across all its brands.

The business wants to recognise differences between people and be inspired by them. This will help it understand each other and customers better and enable employees to be themselves. It is also curious about technology change and sees a diverse group of young people as an agent to better gaining a handle on this change and how it might enhance the business. Optimism, change, diversity and empathy are its four core values.

A 360-degree interactive video has been developed that features staff at work and at charity events talking about their roles. Displayed at recruitment fairs, people can view it wearing a virtual reality headset at the stand and be guided through it by directional audio. A great variety of activities, customers and employees are shown – there’s coffee and cakes, mountaineering, joggers, mechanics, even a recovering dog! The film has been entirely successful at depicting the depth and breadth of the company, its DNA, variety and openness.

LBG is constantly on the look out for ways to improve candidate experience and support its business strategy by recruiting the best talent. It recently introduced a virtual reality assessment lab into its digital and IT graduate assessment centre to overcome adverse impact for women and ethnic minority groups, deliver an amazing candidate experience and enhance the client brand.

LBG worked with Capp to identify which strengths would be best tested in the VR environment. Four key rooms were initially developed. Participants start in a simple (yet branded) reception room and from there progress to different rooms using a virtual lift. They participate in a number of activities that test the strengths identified, while being monitored by an assessor. As the first year ended and VR progressed, there were 12 fully immersive environments that assessed a wide array of strengths on offer.

Within the first year, 120 candidates have completed the VR experience, and the project has been an overwhelming success from the both a candidate and business perspective. All adverse impact aligned to ethnicity and gender has been removed and LBG assessors are impressed by how the Lab has helped them identify authentic behaviours. Furthermore, 100% of candidates rated the VR experience highly and almost all thought it could be used as a fair and robust form of assessing their strengths.

Almost all candidates agreed that the advanced technology involved enhanced their perception of the client brand. LBG is now rolling out VR across all its graduate programmes.

Seeking better quality candidates, Morgan Stanley’s talent acquisition team worked with Oleeo to create and design a contemporary marketing campaign that would run across all corporate recruiting, starting with its future leaders. The campaign What Will You Create? runs across print, digital and social channels including Snapchat and Instagram and the revival of a corporate Facebook page that was previously deactivated in 2011.

With the tagline What Will You Create, the firm can invite candidates to consider who they will become and the impact they will have through a career at Morgan Stanley. Marketing materials, which span print, digital and social media, are available to all employees, empowering everyone to play a part in attracting the newest generation of talent. A refreshed Students and Grads section targets certain schools and universities with high-touch candidate experience.

Interacting with promising talent earlier has helped increase applications to the Morgan Stanley campus programmes and also helps the firm to build on its brand awareness and diversity intakes aligned to operational goals. Greater engagement in these ways is also helping to inform changes in the hiring processes company-wide.

Morgan Stanley is one of the first investment banks to launch strengths based interviewing – piloted across most divisions at various stages throughout 2016. The shift has helped the organisation to help recruit more diverse talent and deliver a stronger candidate experience: everyone has strengths they are born with and by identifying someone’s strengths and matching them to a role, they will enjoy that more and perform better.

Using a data-driven process Oleeo has built a machine learning algorithm which will, with 90% confidence, automatically identify candidates to interview – from the moment the application is complete and submitted. It will also help with identifying and quantifying any historic bias, providing recruiters with stronger evidence and record-keeping to support hiring decisions.