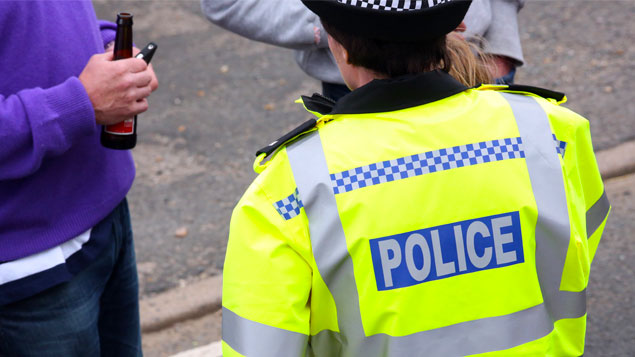 A case where a pregnant police officer was taken away from front line duties and placed in a desk-based role was pregnancy discrimination and indirect discrimination, an employment tribunal has found.

Mrs Town was a police constable in the response team at Devon and Cornwall Police. In November 2017 she informed her line manager that she was pregnant and wanted to remain in her front line role until she went on maternity leave, although she accepted she would have to do so with reduced responsibilities.

What is direct pregnancy and maternity discrimination?

A risk assessment confirmed she was fit to remain in her role but with adjustments including wearing plain clothes, working fewer night shifts and undertaking lower-risk work such as interviewing witnesses.

However, a meeting of the constabulary’s “people management group” a week later decided that Mrs Town would begin working in the Crime Management Hub – an office-based department that dealt with low-level crime – at the 12-week stage of her pregnancy.

Mrs Town was informed about the decision a couple of weeks later and was told that it was in line with “business need” and because of her restricted duties.

The onset of anxiety and depression led her to go on sick leave from 22 December 2017 and returned to work in the Crime Management Hub on 9 February.

Her GP and midwife claimed that her ill-health was brought on by the decision to move her to the Crime Management Hub. She had wanted to remain with her colleagues in the response team because they had supported her through a miscarriage in early 2017.

When she returned to work in February, she was able to carry out her new role from a desk in the response team’s office. A further risk assessment found that she was suffering from stress, anxiety and stress-related migraines because she had been moved to the new role against her wishes.

She returned to the response team in May 2018 until she went on maternity leave in July, but also had to deal with “overflow” work from the Crime Management Hub.

At an employment tribunal in December, Devon and Cornwall Police maintained Mrs Town’s pregnancy was not the reason for her change of role .

However, the tribunal found that she had received unfavourable treatment on the ground of pregnancy and said that any other conclusion “would have had an air of artificiality about it”.

Employment judge David Harris said the decision had put Mrs Town at a disadvantage, had put her mental health at risk, and had ignored the risk assessment that was carried out when she announced her pregnancy.

“It removed her from a working environment that she found particularly supportive, against the background of the miscarriage that she had recently suffered, and removed her from work that she valued and enjoyed. Indeed, it was the very work that the claimant had joined the police to be able to do,” the judgment says.

It found that the police force had “lost sight” of the fact that she was pregnant in its decision-making process and viewed her “simply as a person with certain physical restrictions”.

The judgment adds that pregnant women were particularly disadvantaged by the police force’s policy that a person on restricted duties beyond two weeks would be considered for transfer to desk-based roles.

A hearing to determine whether costs should be awarded is to take place at a later date.