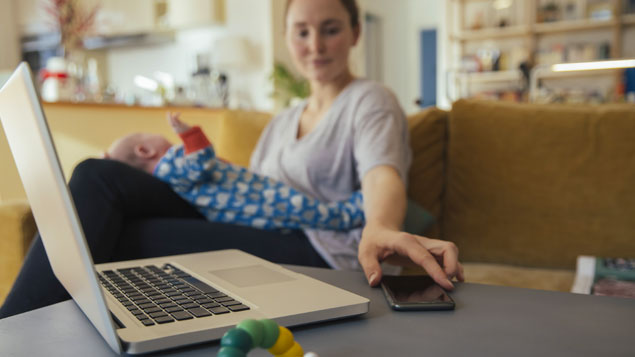 LinkedIn has claimed to have revealed evidence of a “disconnect” between employers and employees over the issue of flexible work, as most working parents feel their employers are not fully open about their parental policies.

The report has been published today – 18 March – to mark, according to the social network, the first day of 2019 when working families begin being paid for the year once childcare costs are taken into account.

LinkedIn claimed that a third (36%) of UK professionals thought their employer did not do enough to support new parents.

The survey of 4,000 UK workers provided evidence that professionals felt they were being left in the dark when it comes to parental policies, with a third (37%) not even aware of what support their workplace provides for new parents.

The two biggest challenges facing working parents were identified as flexible working arrangements and the cost of childcare.

Flexible working was cited by 38% of workers as the most desirable policy for supporting parents, and LinkedIn’s Global Talent Trends report found that nearly nine in 10 (84%) UK businesses think it helps employees achieve better work/life satisfaction.

LinkedIn’s analysis suggests the main reasons for women feeling uncomfortable about broaching the subject of flexible work was the feeling that their employer saw flexible working as an inconvenience (41%).

On the question of childcare costs, only 23% of UK workers felt it was financially worthwhile returning to work after having a child. On average, UK workers thought that only a household income of more than £55k would enable them to comfortably cover the cost of childcare, with this rising to £73k in London. According to ONS figures, the median gross annual wage in inner London is £34,473 and for the UK as a whole £22,044.

LinkedIn’s research revealed that that because of the lack of flexibility and parental support a quarter (26%) of parents – rising to 29% for women – have considered switching careers altogether to find a job that was more accommodating to working families. And half of parents said that they delayed having a child – on average for up to two and a half years – in anticipation of the childcare bills they would have to cover.

According to Jon Addison, head of talent solutions at LinkedIn UK, flexible working was one of the hot topics working parents discuss in groups on the website. “However,” he added, “our research reveals that many employees still don’t feel comfortable talking about flexible working options, and would even consider switching careers to find a job that better matches their family commitments.”

He said: “Businesses have a huge role to play to help working parents and consider how they can support their employees through flexible working options, whether that be the option to work at home or introducing flexi-time initiatives, or even being open to have that conversation to begin with.”

Work-life balance organisation Working Families’ CEO, Jane van Zyl, said: “Employers must take the necessary steps to ensure that employees know about – and feel they can make use of – their rights and opportunities. Our employer members – who generally have excellent policies and practice around family-friendly working – use a range of communications to ensure employees know what is available: from messages from senior leaders, to role modelling, to campaigns promoting opportunities (for example around Shared Parental Leave). These aren’t just one-offs, either: the best employers are doing this on a regular basis to really bring the message home.

The findings also revealed that the workplace benefits that would most help parents balance work and family were:

LinkedIn said the date of 18 March was calculated using figures from the Office for National Statistics, based on two parents working full time, earning the average UK salary and paying for 40 hours of childcare per week. The date extends to 8 May for a single parent working full time.