Political beliefs in the workplace: what does the law say? 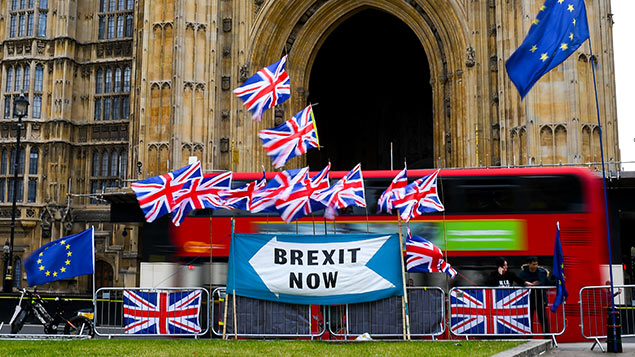 As the debate over Brexit reaches a crescendo and leavers and remainers disagree on what should happen next, Richard Fox examines the extent to which employers can allow political debate in the workplace.

Political disagreements have typically been managed sensibly by employers. For example, they may issue a reasonable instruction to staff not to discuss particular matters because there are certain sensitivities. If an employee did become upset about discussions, they might raise an informal or formal grievance and the matter be sorted out in the usual way.

Perhaps few predicted that the level of debate would become as febrile as it has around the question of Brexit, but the fact that it has means the gap in the law has become exposed”

But what if matters become more serious than that, and real offence is caused by remarks of a political nature made by fellow employees or members of the management team?

Unfortunately, the law in this area is by no means clear. That is because the relevant regulations, introduced in 2003, and then consolidated into the Equality Act 2010, make no express reference to political discrimination. They outlaw only discrimination based on religion or belief. Belief for this purpose means any religious or “philosophical” belief. The statute does not say that “philosophical” can include “political” belief.

The unsatisfactory state of the law was thrown into focus in a case a few years ago involving a bus driver who was a member of the British Nationalist Party. His route meant his passengers were predominantly of Asian origin. The case went all the way to the European Court of Human Rights, which found the UK was in breach of its obligations under Article 11 of the ECHR in not providing express protection against dismissal on the grounds of political opinion or affiliation.

The UK was given the choice of either allowing employees to make a claim for unfair dismissal in such circumstances, without any requirement for a minimum period of continuous employment, as is ordinarily the case, or introducing a freestanding claim for unlawful discrimination on the grounds of political opinion or affiliation. At the time the government chose the former.

Can an employer prevent employees from political campaigning at the workplace in support of a particular political party?

Since then, there have been a number of cases requiring decisions on whether an employee can claim protection under the religion or belief provisions of the Equality Act. This summer, in a case brought before the employment tribunal in Norwich, it was determined that a belief in vegetarianism is not protected, although, veganism might be.

By contrast, in another recent case, a belief in Scottish independence was said to amount to a philosophical belief which was capable of protection. Two years previously, an employee who brought a claim against his employer, the GMB Union, failed to establish that he had been discriminated against, although the employer did not challenge the original tribunal’s conclusion that left-wing democratic socialism could be a protected belief for the purposes of the Equality Act.

As always, it is apparent that these cases are all very fact specific. But that is not helpful for employers looking to understand their obligations. Perhaps few predicted that the level of debate would become as febrile as it has around the question of Brexit, but the fact that it has means the gap in the law has become exposed.

The traditional test that is followed by tribunals hearing these cases comes from one that involved a belief in climate change. Although this is an issue which is also causing vigorous debate at the current time, the employment appeal tribunal actually laid down its guidance 10 years ago, when the legislation was quite new and untested.

It was quite ground-breaking at the time, but seen in the context of the current level of political debate, it does seem cumbersome and impractical for employers, even if it works for employment judges deciding cases that actually get to court.

This summer there was an interesting development. It was reported that Google had posted a new set of internal rules designed to discourage employees from engaging in political debate.

They spoke of “disruptive conversations” and said that “while sharing information and ideas with colleagues helps build community… disrupting the workday to have a raging debate over politics or the latest news story does not”.

This is not a practice that seems to have been adopted by other workplaces here in the UK, and the policy did attract criticism at the time: for example on the basis that it was effectively instructing employees to “stifle” their opinions.

But Google has a point. At present if an employee suffers what they regard to be detrimental treatment on the basis of their political belief, and a good example has to be the current debate around Brexit, there must be a real risk that that individual will bring a claim.

If the law is not to be clarified anytime soon, it must be advisable for employers to monitor the position carefully, and if appropriate, step in to ensure employees are clear as to what level of political debate is or is not acceptable. Ironically, it is the familiar ‘Leave’ argument of EU “red tape” and the feverish debate around  Brexit that may mean we need to add to the employment statute book, to ensure this area of the law is better regulated.

One Response to Political beliefs in the workplace: what does the law say?