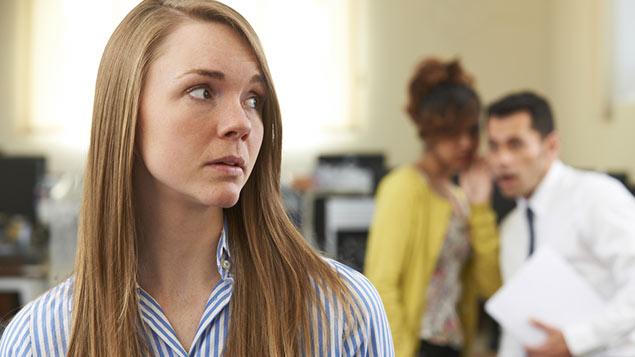 Elaine voted leave because she felt the EU was too bureaucratic, but now her colleagues say she's racist

The result of the EU referendum has revealed divisions between different age groups and education levels, with feelings running high on both sides about the implications of the Brexit vote. An increase in hate crime and racial abuse has been widely reported.

Employers need to ensure that their employees do not become victims of bullying and harassment as a result of the vote. We look at four examples of scenarios that might lead to claims against employers.

Wanda is a Polish national who works in a nursing home. She has worked for the same employer for three years.

Her employer, concerned about reports of racial abuse, has reminded all staff that they must comply with its dignity at work policy.

On a number of occasions, the son of one of the home’s residents has confronted Wanda and said that, now that the UK is leaving Europe, he is happy that his mother won’t be cared for by foreign workers like her any more.

She complains to her employer but it says there is nothing it can do as the complaint is not about another employee.

Mark has worked in an engineering workshop, where there is a lot of banter, for six months. He and the other engineers often meet up in the pub after work, sometimes with their partners. Mark’s girlfriend, Maria, is Spanish.

His colleagues keep joking that she will have to “go home to Spain” now and that she won’t be welcome at their get-togethers anymore. He asks his colleagues to “give it a rest” as Maria has been upset at the outcome of the Brexit vote and this has affected him.

However, this makes his co-workers’ behaviour worse, and some of the jokes have become offensive. He stops being invited to the pub and feels excluded. He informs the manager of the workshop who tells Mark not to bother him with petty complaints about banter.

Could Mark bring a harassment claim?

Gerry is in his 60s and has worked for his employer, a finance company, for eight years. The majority of his colleagues are in their 20s and 30s. There has been a lot of lively discussion about the Brexit vote and it is clear that the young members of the team hoped for a “remain” outcome.

Gerry voted in favour of remain himself and is surprised and upset when he hears one of his young colleagues saying, well within earshot, how she resents “all these stupid older people who voted to leave, ruining our opportunities”.

The other young people in the office tell her to calm down, not to be so rude and that everyone is entitled to vote how they want.

Is Gerry being harassed?

There have been a lot of discussions about the outcome of the EU referendum in Elaine’s office. She is one of the few people in her workplace who voted to leave the EU and when they find out, four of her colleagues strongly berate her, accusing her of having racist views and a “little Englander” mentality.

Her decision to vote for Brexit was based on her view of the EU as a bureaucratic and wasteful institution, and on her strong conviction that the UK Parliament should determine the laws affecting people living in the UK.

Her decision was nothing to do with the free movement of workers, which she has always been happy with. She complains to her employer about what was said, but it takes no action.

What harassment claim could Elaine bring?