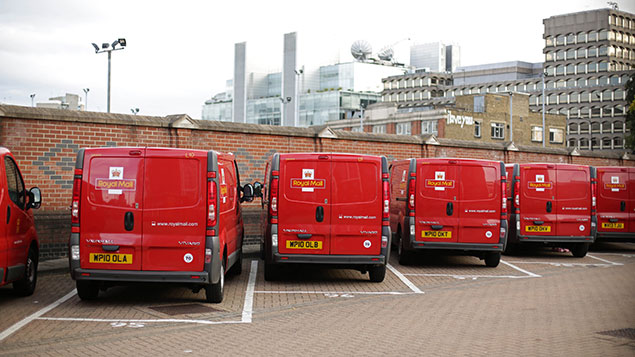 Royal Mail union members have voted 97% in favour of a national postal strike in the run up to Christmas.

The Communication Workers Union (CWU) got a 76% turnout for its ballot, claiming this is the largest vote in favour of industrial action since the Trade Union Act 2016 was passed.

The union has accused Royal Mail Group of not honouring an agreement reached last year that covered working hours and job security.

He said: “Just over one year ago the Royal Mail Group Board and the CWU agreed a blueprint agreement for the future, a progressive agreement that included a historic pension solution, a mutual interest driven relationship and a joint vision for a successful postal service with social aims.Today the new RMG leadership are breaking that agreement.

“Our members take honour seriously and have voted to fight for that agreement against those who now seek to break up the great British postal service in the interest of fast-track profit and greed. Integrity and pride still matters and we will not stand aside and see what we have spent our working lives building destroyed.”

Last year both parties had agreed to work together to establish a Collective Defined Contribution pension scheme – a type of pension where risk is shared and there is more choice and flexibility for pension scheme members and employers. RMG also agreed to reduce weekly working hours from 39 to 35 by 2022, subject to productivity improvements.

“This dispute goes to the heart of everything that is wrong in today’s world of work” – Dave Ward, CWU general secretary

However, the CWU believes this agreement is now under threat. The union also announced that, in two ballots for members in the separate Parcelforce Worldwide business, outcomes of 95% and 94.7% in favour of industrial action were returned.

CWU general secretary Dave Ward said that the workforce rejected the company’s plans to set up a separate parcels business, which could put many postal workers’ jobs at risk.

He added: “This dispute goes to the heart of everything that is wrong in today’s world of work. We will build a coalition for change and deliver an exciting and innovative future for Royal Mail, with an expanded role for postal workers in supporting local communities and growing the economy.”

He vowed to “fight the board’s asset-stripping plans, not just through strike action, but by speaking directly to major shareholders, politicians and the public”.

When the strike will take place has not been confirmed but there are concerns it could hit the busy pre-Christmas period or even Black Friday, which tends to be the last Friday of November.

In a statement, RMG said it was still in mediation with CWU and that no strike action would be taken until the dispute resolution procedure had concluded.

It added: “We want to reach agreement. There are no grounds for industrial action. Industrial action – or the threat of it – is damaging for our business and undermines the trust of our customers.

“Royal Mail wants to transform to meet our customers’ changing needs as we post fewer letters and receive more parcels. Working together at pace, the transformation is about ensuring a more sustainable company, a fairer working environment, the best terms and conditions in our industry and a contemporary Universal Service.”