Producer to sue BBC and Jeremy Clarkson for race discrimination

By Jo Faragher on 16 Nov 2015 in Race discrimination, Employment tribunals 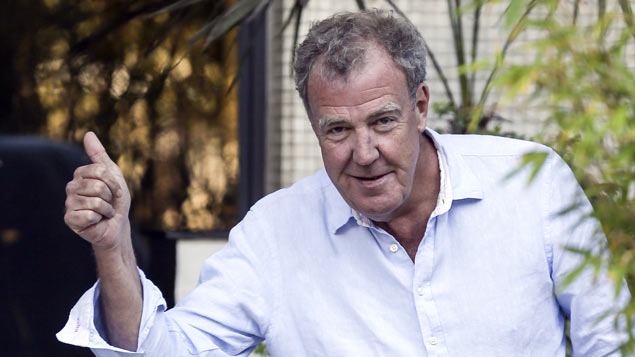 The producer who was punched by Jeremy Clarkson is suing the presenter and the BBC for race discrimination.

Oisin Tymon’s legal team and the BBC attended the central London employment tribunal on Friday for a preliminary, closed hearing about the case.

How should the BBC deal with Jeremy Clarkson?

So far, no further details have been provided, but it is thought Tymon’s claim centres on the verbal abuse he suffered during a fracas with Clarkson while filming earlier this year.

In March, Clarkson was dropped by the BBC after an incident where the producer was subject to an “unprovoked physical and verbal attack” that meant he needed hospital treatment.

An investigation at the time found that Clarkson had subjected “an innocent party [to] a physical altercation accompanied by sustained and prolonged verbal abuse of an extreme nature”.

Tymon has opted to sue both the BBC and Clarkson as an individual for racial discrimination, and is also pursuing a claim for personal injury.

There is no limit on the compensation that can be awarded in a discrimination claim, and successful claimants can secure pay-outs of more than £100,000.

It is possible for individuals to be named as respondents in discrimination claims in addition to an employer under certain sections of the Equality Act 2010, and they can be ordered to pay compensation even if the employer can show it took reasonable steps to prevent that employee or “agent” of the company from behaving in a discriminatory way.

Bar Huberman, employment law editor at XpertHR, commented: “Under the Equality Act 2010, employers are liable for discriminatory acts committed by their employees or agents. However, claimants can also pursue claims against the individual employee or agent, and they do not need to show that the person knew the act was unlawful.”

“Often, claimants do not go down this road because they think it’s unlikely to be worth their while. But it means that, where a claimant adds a named individual to their claim, and the claim against the company fails, he or she still has the prospect of being awarded damages against that named person.”

Like Tymon, Chelsea FC team doctor Eva Carneiro, who suffered a major change in her role after an altercation with club manager Jose Mourinho, has also sued both her employer and Mourinho individually – in this case for constructive dismissal.