Public sector could lose talent thanks to new IR35 rules 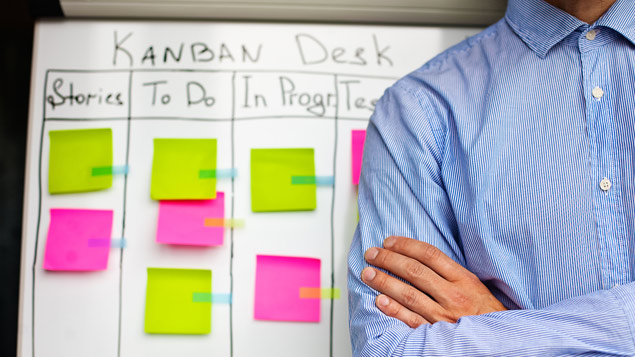 IT contractors in the public sector could leave in favour of private-sector work, reports suggest

Tax changes due to be introduced in April could mean thousands of public-sector contractors leave their work in favour of more favourable terms in the private sector.

From 6 April, changes to the IR35 tax system in the public sector mean that the responsibility for ensuring people who work via a limited company pay the right level of tax and National Insurance will shift to employers and agencies, rather than the individuals themselves.

Changes to IR35 put HR in the firing line

The changes will apply to thousands of workers who supply their services on a self-employed basis to public-sector employers, such as IT consultants, medical specialists or senior interim managers.

Public-sector recruitment and employment bodies say that hirers are under-prepared for the changes, however, and have received too little support from HM Revenue and Customs (HMRC) to ready themselves for the legislation.

Last week, a joint statement from the Local Government Association, Chartered Institute of Public Finance and Accountancy (CIPFA) and Society of Local Authority Chief Executives (SOLACE) called upon the Government to delay its proposed changes to IR35.

Chief executive of SOLACE, Graeme McDonald, said: “In our regular conversations with public-sector clients, it is becoming increasingly clear that there is still widespread confusion surrounding the changes to IR35 legislation and the degree to which each organisation is prepared for these changes varies greatly.”

“We feel that progressing with the changes from 6 April 2017 could have a significant detrimental effect on the public sector, as well as, to an extent, the recruitment industry and interim community.”

McDonald also refers to an online Employment Status Service tool that has been promised by HMRC but is yet to materialise.

Julia Kermode, chief executive of the Freelancer and Contractor Services Association (FCSA) said it was currently “impossible” for hirers in the public sector to work out the IR35 status of their contractors.

She said: “This is why we are seeing sweeping decisions being taken by some public-sector bodies banning all workers who operate through their own limited company.

“Many contractors are simply deciding to leave the public sector, or seeking an increase in their rates, which in turn is exacerbating skills shortages and financial pressure in an already stretched public sector.

“HMRC has always said that these new changes would only affect non-compliant contractors, and would not impact on the flexibility of the workforce, both of which are incorrect and not what we are seeing in reality on the ground.”

A petition to “scrap IR35 legislation reform proposals for public-sector off-payroll workers” is due to run until the end of April, but is yet to attract the requisite 100,000 signatures required for it to be debated in Parliament.

Responding to the petition, the Government said: “Reforming the off-payroll working rules in the public sector will ensure that all public-sector bodies, and those who work for them, pay the right amount of tax.”

But there are concerns that the prospect of being taxed at source and any additional administration could put contractors off working in the public sector and lead to a shortage of much-needed skills.

Joanna Sutton, of law firm Nockolds, said: “If public-sector employers are bringing these workers under the IR35 regime they will be taxed like employees but without the same rights, such as auto-enrolment for pensions. They’ll be worse off yet have nothing to show for it.”

Technology news site The Register has already reported, for example, that HMRC plans to recoup £440 million by bringing 20,000 IT contractors within the remit of the legislation.

It also quotes a source who suggests that around 40 contractors working on a defence-related IT project have left in advance of the new requirements.

Last summer, a survey by the Recruitment and Employment Confederation found that seven out of 10 public-sector employers thought the changes to IR35 would increase their wage bill and damage their ability to attract senior contractors and interims.

Sutton added that applying the test to thousands of workers could prove a headache for public-sector HR departments.

She said: “Because the status tool is not available yet there could be a last-minute rush to get people correctly assessed. Any work that is paid for on or after 6 April 2017 will be subject to the new rules and so for those who invoice on 30-day terms this means any necessary compliance checks will have to be completed by 6 March 2017.

“Even if the new status indicator tool is released this week this does not leave very much time at all for HR teams to accurately assess the status of thousands of contractors and to determine whether they fall within IR35 or not.

“There’s also no guarantee that using the test will be a defence against wrongly defining employment status. So we may either see employers taking a blanket approach and bringing everyone under IR35 to be on the safe side, or choosing not to engage people who operate through personal service companies.”