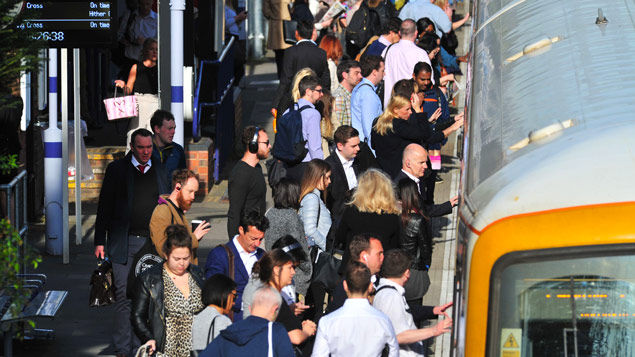 The Rail Delivery Group (RDG), a consortium of Britain’s railway companies, has admitted that fares have failed to keep pace with how working arrangements have evolved – especially the rise in part-time and flexible employment.

Under plans announced today, the group hopes to develop a new rail fares framework that is fairer, simpler and more trustworthy than the current structure, which has not changed since 1995.

A report from KPMG, which aimed to identify the key customer requirements for the railway, found that a revamped fares structure should offer “personalised, flexible fares” which better serve customers in different markets – including “improved reward systems for regular travellers, especially those with flexible and part time commuting demands”.

Can employees be required to work from home if the transport system is disrupted?

The RDG claimed that long-standing anomalies meant there were now around 55 million different fares. As a result of this, rail operators had been unable to guarantee that customers were being offered the right fare for their journey.

Such anomalies included inflexible seven-day, monthly or annual season tickets, which are often unsuitable for passengers who work part time. The RDG believed smart ticketing could offer better products to such commuters.

The group will launch a consultation alongside passenger watchdog Transport Focus on 4 June. The results will be used to inform plans for fares reform, with the final report due in the autumn.

Jane Gratton, head of business environment at the British Chambers of Commerce, said fee reform was long overdue. “Increasingly confusing, frustrating and unfair, the current system needs to be brought in line with the more nimble and flexible way in which firms now operate. It’s the obvious next step to ensure people gain maximum benefit from the ongoing investment in our railways.”

RDG chief executive Paul Plummer commented: “As part of the industry’s plan for change, we want to work in partnership to drive root and branch reform of well-meaning but out-dated fares regulation.

“Working together, we want to develop proposals to reform fares and regulation to make it easier for our customers to get the right ticket, enhancing trust in the system and supporting continued investment to improve the service.

Over the next six months the rail industry will look to run a number of trials to consider its options for a future rail fares structure. It also plans to simplify and improve the information available to consumers, both on orange rail tickets and where customers buy tickets in advance of their journey.